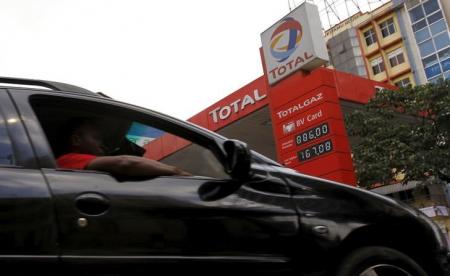 The Association of Oil Marketing Companies (OMC) has said that by end of this week its members will increase petroleum prices by a minimum of 14 percent.

Kwaku Agyemang Duah, the association’s chairman, told the B&FT that the move is due to some significant events during June’s first pricing window – paramount among them being the increase of BOST’s margin from 3 to 6 pesewas, and also the about-22 – 25 percent increase in the Bulk Distribution Company (BDC) ex-refinery price.

He added that petroleum prices are also being controlled due to competition among the 116 OMCs operating in the country, which are mindful of the decrease in volumes anytime there is a price increase.

“There is a lot of stress on OMCs as they are not happy with the continuous decrease in volumes as a result of increment in prices, as players in the sector lose approximately 6 percent in volume per every one pesewa increase. OMCs will do everything and anything to get the volumes, and so if volumes are going down it is worry,” Mr. Agyemang Duah added.

He also noted that due to the global cut in production, Bulk Oil Distributing Companies have increased the ex-refinery price because they are not getting enough. The association, he said, called on the National Petroleum Authority (NPA) to step in to nudge BDCs into hiking prices.

“A reasonable decrease happened in the early stages of COVID-19, but that stopped and we have been having some marginal increase. Consumers are going to have a rough ride until the war subsides on the international level,” Mr. Agyemang Duah told the B&FT in an interview.

His comments are a response to NPA’s CEO Hassan Tampuli’s analysis that the BOST margin increment will not result in a significant increment on fuel prices. Mr. Agyeman Duah told the paper that in as much as the comment may be right, there are other factors in addition to the BOST margin which affect petroleum pricing.

He added that since the outbreak of COVID-19, OMCs have been taking on other costs which are reducing their margins and affecting their bottom lines. He believes the move by the 116 companies is also very critical to prevent spread of the virus, as the various fuel stations are kept safe for staff and customers.

“We have more than 4,000 outlets in this country, so imagine if each one of them is spending even GH?30 every month; that is some huge cost. You have to provide for your employees, and customers will come there as well; this is also another cost. We have asked the OMCs to deal with this cost in their own special way; some may add it to the pricing, but some may absorb it,” Mr. Agyemang Duah intimated.