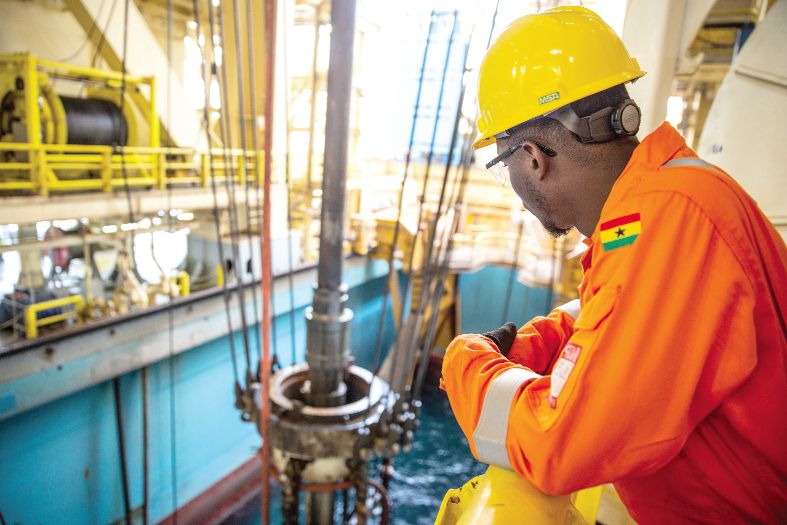 Homepage » Oil & Gas » Oil producers in Ghana would’ve to shutdown; or be prepared to sell at lower cost – IES

Paa Kwesi Anamuah Sakyi, Executive Director for the Institute of Energy Security (IES), has said oil producers in Ghana would have to shut down or be prepared to sell at a lower cost, due to the COVID-19.

Globally, the oil industry is saddled with a sudden lack of demand due to Coronavirus economic slowdown.

According to the Financial Times, the slide in oil prices continued apace on Wednesday, with Brent crude dropping to levels not seen in more than two decades as concerns over the economic impact of the coronavirus pandemic hit global markets. The international oil marker fell as much as 17 per cent in Asian trade to $15.98 a barrel — its lowest point since mid-1999 — before recovering slightly to sit around $17 as markets opened in Europe. Prices are down by about 40 per cent this week. The decline in Brent follows a plunge in the price of the US marker West Texas Intermediate, which earlier this week fell into negative territory for the first time as the spread of Covid-19 pummelled demand for crude and created a global oil glut.

Commenting on this, Mr Anamuah Sakyi said: “We are certain that within the next few days it will correct itself because the May contract coming forward will be positive and above $50 per barrel.

“I don’t see much concern because of the exceptional case in the US. However, we also saw Brent crude tumble by more than 8% today. It means that if we don’t halt production or production across the globe is not curbed, then we will see more of excess supply.

“That means, the Brent mark that Ghana sells their products will also fall and that will mean that either all the oil producers in Ghana would have to shut down or they also have to be prepared to sell at a lower cost; which also means that no revenue for, not just the oil producers but for Ghana,” he told Citi Fm.

Meanwhile, the Chamber of Petroleum Consumers Ghana (COPEC) has noted that pump prices are very unlikely to see any reductions as is being expected by a cross section of the Ghanaian public following the drop in oil prices.

COPEC in a statement signed by its Executive Director, Duncan Amoah said : “Yes, it is indeed true that oil prices especially the WTI platform Is currently trading at -$15 which is about the lowest in several decades.

“Brent however is still trading around $26 as at close of day and as such pump prices are very unlikely to see any reductions as is being expected by a cross section of the Ghanaian public.

“The disparity in the two benchmarks is largely due to a supposed unavailability of storage space across the US market with some traders allegedly paying for cargo to be returned before the close of the futures market for the month of April on 22/04/20.

“This pricing collapse is largely reflected on crude and has very little direct impact on processed or refined products and by extension local pump prices.”