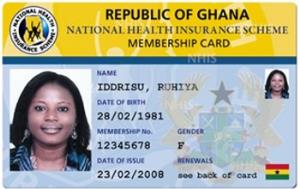 The National Health Insurance Scheme (NHIS) members’ use of its Mobile Renewal Service has seen a major increase in light of the evolving situation with the COVID-19 pandemic.

Subscriptions for children below 18 recorded the highest number of mobile renewals followed by the informal category, these being members outside the Social Security and National Insurance Trust (SSNIT) bracket.

Except for the Upper West Region, all regions recorded increases in mobile renewal enrolment between the months of April and May 2020

NHIA’s executive management is pleased with this trend and says it is encouraging them to continue making good use of the Mobile Renewal Service whilst it urges non-active members to get back onto the Scheme actively in line with Ghana’s objective to attain Universal Health Coverage (UHC).

Said the NHIA’s management in a statement released last week: “While COVID-19 continues to spread, it is expected that all NHIS members take action to prevent further transmission and reduce the pandemic’s impact by frequently using the Mobile Renewal Service which serves as a social distancing mechanism.

In 2019, a total of 9.1 million renewed their membership out of which more than 5.8 million members representing 70 per cent used the Mobile Renewal platform.

The Ashanti region recorded the highest number, followed by the Greater Accra and Brong Ahafo regions.

By the end of 2019, the informal sector which constitutes the only fee paying NHIS membership category represented 34.1% of the active members, an increase from 31.5% over the previous year.