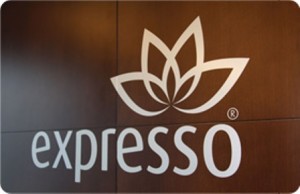 Expresso Ghana, formally Kasapa, has been handed a temporary ban on sales and marketing promotions by the National Communications Authority (NCA) till operational challenges in some of its network areas are resolved.

The ban, which followed Quality of Service (QoS) compliance findings in February this year, is expected to  be in place until the end of this month – by which time the challenges faced should be resolved.

“Expresso has operational challenges, and has been directed to resolve them by the end of May 2014 to be in compliance with the obligations. Expresso is barred from any sales or marketing promotions within this period,” the NCA said.

Meanwhile, the NCA’s QoS findings – the first in eight months – also faulted all the other five mobile network operators  for failing to comply with some of the quality service benchmarks, which were measured in the three northern regions as well as the Eastern and Volta Regions.

However, the Authority has suspended sanctions on all the network operators for providing consumers with services below the set and agreed standards.

“NCA has notified operators on publication of these findings and suspended sanctions on defaulters pending their performance in the next monitoring in the same regions.

The operators were measured and found liable on various counts, including defaulting on Call congestion, Call Setup Time and Signalling congestion obligations in the Greater Accra, Western, Brong Ahafo Regions and the three northern regions.

The Quality of Service standards test is carried out by the NCA to assess the service provision standards from the consumers’ perspective in an attempt to enhance services provided by the network operators.

It began following incessant complaints from consumers who have over the years expressed their dissatisfaction with the poor quality of service offered by the mobile phone network operators.

The NCA maintains the QoS assessment is based on users’ perspective.

The operators insist that quality of service will improve further if efforts are strengthened to resolve some of the challenges faced by the network providers – including poor energy supply, fibre-cuts and fuel-theft.