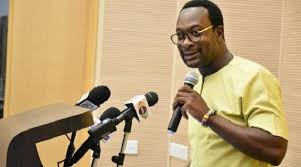 MTN Ghana recorded a profit after tax of one billion cedis for 2019.

The telecoms company attributes this to an improvement in active data users, growth in smart phones and an increase in data usage.

Of this, service revenue which excludes non-core activities like the sale of sim cards and mobile devices, recorded GH¢5.15 billion in 2019, up from the GH¢4.19 billion recorded in the year before.

Meanwhile, the revenue accrued from the sale of sim cards and mobile devices increased by 35 percent to record GH¢33.7 million between 2018 and 2019.

Again, for the period under review, mobile money revenue grew by 28 percent due to an increase in active mobile money subscribers, commissions on cash-in-cash-out transactions, and growth in retail merchant payments.

A further analysis of the financial statement also showed that the telecoms company paid a total of GH¢72.16 million into the National Fiscal Stabilization Levy, which is charged on the profits of companies to help stabilize the government’s revenue and expenditure plans.

The figure witnessed an increase of GH¢18.2 million representing 33.75 percent in 2019 compared to the estimated 54 million cedis the telecoms company paid in 2018.

For 2019, shareholders of MTN are expected to benefit from a dividend of 6 pesewas per share.

Also, 2019’s dividend is an increase of 1 pesewa compared to the 5 pesewas per share dividend paid to shareholders in 2018.