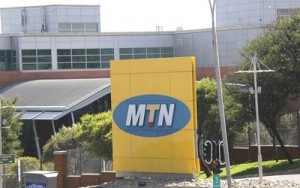 MTN is to complete its Initial Public Offering (IPO) by close of day today [July 31, 2018] barring any last minute changes.

The telecom company is ceding thirty-five percent (35%) of its shares to the public to complete the regulatory processes after it secured one of the 4G spectrum license.

It’s been a little over two months now that MTN opened up for the public to own a stake in the company.

The IPO opened to both resident and non-resident buyers with the telecom company insisting that it will consider locals.

MTN is targeting an estimated 3.5 billion cedis when it closes its IPO by 5pm today.

But the IPO has not been without controversy.

One is that the move has been cited as contributing to the cedi’s sharp depreciation over the past three months.

But speaking at an earlier engagement with the media over the development, the Chief Finance Officer of MTN, Modupe Agbolade Kadri flatly denied the claims.

“One of the unknown outcomes is that we do not know the level of subscription; i.e. how many shares would have been taken and the amount of money involved. When the IPO closes, we are going to have another engagement with the Bank of Ghana which will inform us what to repatriate and how we can do that,” he stated.

When successful, it means at least 4.6 billion shares worth 75 pesewas per share have been purchased.

The process should help MTN to meet all regulatory requirements by the National Communications Authority (NCA) when it purchased one of the two 4G spectrum licenses in 2015.