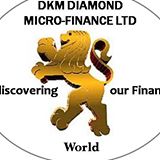 The Registrar-General, the Official Liquidator for defunct Diamond Microfinance Limited (DKM), has announced that it will from 1st August, begin the payment process of dividends to depositors who submitted new claims as well as depositors who were unable to validate their claims back in February this year but have since done so.

The announcement follows a similar one in February this year where the Registrar-General, the Official Liquidator has asked depositors to collect their payments from selected GCB Bank branches by May 31, 2019 or forfeit their monies.
According to the press release by the official liquidator, payment processes will be done at designated GCB Bank branches in Brong Ahafo, Upper West and Upper East Regions.

The payment process is expected to include the verification of Depositors identity, the signing of Terms of Settlement by Depositors which will be followed by the transfer of payments to Depositors designated bank accounts.

Depositors have been urged to visit any of the designated GCB branches from Friday July 26th to find out where they will need to undergo their respective payment processes.

The release from the Register General also assured that monies have been made available for other categories of depositors like those who have not received their monies even though they have signed the terms of Settlement, as well as depositors whose outstanding balances have been negotiated but are yet to sign the terms of settlement.

These category of depositors have been advised to visit their respective designated GCB branches by October 31st, 2019 to go through the payment process, or they may forfeit their payments.

Pandemic has catapulted banking sector into the future – Banking consultant webmanager June 1, 2020
Close
Business World Ghana
Proudly powered by WordPress Theme: Magad.
We use cookies for functional and analytic purposes to ensure that we give you the best experience on our website. By using this website, we assume that you give your consent to this policy.Ok