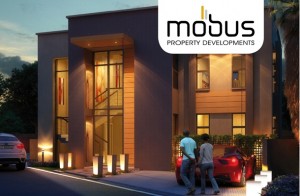 Founded by the latter, MOBUS Property Holdings, a privately-held property investment, development and management company with focus on commercial and residential property development, holds over US$100 million worth of developments in its three to five year pipeline projects in Accra.

The group currently has 150,000 m2 under development for residential, commercial and industrial purposes including mass housing projects in Abuja, Nigeria.

Mr. Ansah Mensah joined Jonah Capital, the parent company of MOBUS, in 2011 as a Business Development Manager. Prior to joining Jonah Capital, he worked for United Health Group, the second largest insurance company in Minnesota, USA as a Senior Accountant.

He began his professional career as a personal banker with Wells Fargo Bank, N.A in Minneapolis, Minnesota in 2005. After working with Wells Fargo for two years, he joined Cargill Meat Solution, a subdivision of Cargill N.A., the second largest private company in America as an Associate Accountant in 2008. He later moved to Lacrosse Global Services, another subsidiary of Cargill as a Hedge Fund Accountant for Emerging Market Funds. He joined United Health Group as a Senior Accountant, before relocating to Ghana in September 2011.

Mr. Ansah Mensah began his education in the mining town of Obuasi, where he attended Ashanti Goldfields Primary and Junior School for his basic education. He then continued to Mfantsipim School from 1995 to 1997 where he received his SSCE Certificate. Thereafter, he proceeded to pursue Bachelor of Arts Degree in Accounting and Masters of Business Administration in University of St. Thomas, Minnesota, USA.

Prior to his appointment, Kojo Ansah was the Chief Executive Officer of Houses for Africa Nigeria Limited, a subsidiary of MOBUS Property Developments. During his tenure as CEO, he oversaw a mass housing project in Abuja, Nigeria. Houses for Africa, is currently developing the River Park Estate, a 475 hectare estate in Abuja along with the Company’s local partners Paulo Homes and Common Consult.

Kojo Ansah Mensah is also a Board Member of Elesca Engineering Services, a lift installation and maintenance company in Ghana.

Mr.Kofi Asante was also appointed Executive Director of Finance in the company. He is a 41 year old Accounting and Finance Professional and a fellow of the Association of Chartered Certified Accountants. Kofi completed his A Levels in Adisadel College in 1992 and holds a degree in Land Economy from the Kwame Nkrumah University of Science and Technology.