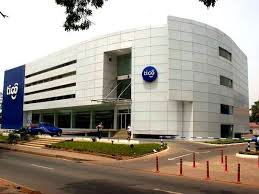 Mobile operator Millicom is in a better position in Africa after shedding some operations and merging with Airtel in Ghana, according to the company’s new CEO.

Mohamed Dabbour, the former CFO who became CEO of Millicom’s Africa operations earlier this year, told ITWeb Africa the company had restructured its business after looking at its strategic options on a case-by-case basis.

Last year, the company sold its assets in the Democratic Republic of Congo (DRC) to Orange for US$160 million, while this February it sold its Tigo business in Senegal to Wari Group for US$129 million.

Shortly after that it merged with Airtel in Ghana, with Millicom aiming to focus on East Africa, where it operates in Tanzania and Rwanda.

Dabbour said the decision to sell in Senegal was an “opportunistic move”, and that Millicom felt it was in a better position after its restructuring.

“We need to continue focusing on revenue growth and we’re well on track to get better returns for our investors,” he said.

In Dabbour’s opinion, the Millicom turnaround happened in 2016, and has shown concrete signs of success.

“That’s not to say of course that we are not continuing to optimise our assets and ensure a lean cost base,” he said.

He insisted Millicom’s business in Africa had been a story of strong, organic, profitable growth, with mobile revenue in 2016 growing by 10.5% and the EBITDA margin improving to 29% from 22% in 2015. Dabbour said mobile data growth had also been particularly strong in 2016, a trend that has continued so far in 2017.

“This performance is indicative of the direction the business is headed in and it is really encouraging to see that our strategy is working well,” he said.

“More broadly, this is a transformative time for Africa. This is great news for us as a company as it presents lots of opportunities despite some economic and regulatory challenges that are associated with operating in emerging markets.”

He mentioned B2B services as an example, one of Millicom’s focus areas.

“Our revenue from this segment nearly doubled in 2016 alone. On the one hand, there is an unmet demand in the sector that we have been quick to fill,” Dabbour said. “But on the other, it is also a result of a changing economic landscape and the digitalisation of businesses on the continent, which speaks to a much broader trend.”

The transformative nature of the African market, however, means it is natural it is highly competitive. Dabbour said the fact there are lots of mergers and acquisitions happening across the continent demonstrated there were too many players and that markets are overcrowded.

“We believe therefore that consolidation is needed in some of the key African markets which are very fragmented at the moment, where if you exclude the market leaders many operators are not even profitable,” Dabbour said.

“In some markets, only the top two operators are profitable and the others need to evaluate their options to stay in business. We haven’t been immune from this, but we have also worked to consolidate our position in Tanzania with the acquisition of Zantel in 2015, for example.”

It was for similar reasons that Millicom in March announced its merger with Airtel in Ghana. Dabbour said Ghana’s telecommunications market is highly fragmented, and there is a lot of potential for it to get better. The transaction is still awaiting regulatory approval, but he said the combined entity would be a strong second operator in the country.

“Following the merger, we will serve nearly 10 million customers, of which 5.6 million are data users,” he said.

Dabbour said Millicom was focused long-term on being the brand that offers innovative solutions to customers who are looking to get the most out of the internet.

“We are driving the increase of smartphone penetration and delivering new data bundles and offers to our customers,” he said.

“We have built the network infrastructure necessary to handle the growing volume of data demand and provide best data experience.”

The future for the company is bright, in his opinion, with Millicom believing it has the right strategy in place to deliver profitable and sustainable growth, and be at the forefront of Africa’s digital transformation.

“We’re working in markets that are growing not only economically but also demographically, and we are proud to have the opportunity to support the social and economic development of the countries we operate in and to be part of the fabric of the community,” he said.