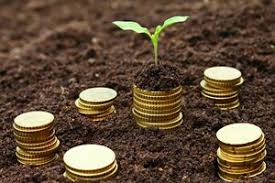 Following the recent liquidation of 347 microfinance institutions by the Bank of Ghana, interest rates offered depositors by the remaining less than 200 or so duly licensed MFIs have fallen dramatically. Although there is no centralized source of data on interest rates applied by MFIs in Ghana, informal checks conducted by Goldstreet Business suggest that average deposit rates on short term funds placements have fallen to a region of between 15 percent and 20 percent per annum, from between 30 percent and 60 percent  on average prior to the mass liquidations carried out by the central bank.

This apparent trend has been confirmed by the Bank of Ghana itself, the institution with the most comprehensive access to relevant data on MFIs interest rate structures. BoG Governor Dr Ernest Addison attributes the sharp fall to a change in attitude by most depositors who now emphasize the safety of their monies rather than the yields on offer.

Instructively, most of the erstwhile highest paying MFIs fell victim to the BoG’s recent mass revocation of licenses, their high offered deposit rates apparently pushing them into insolvency. Conversely most of those who have been left to continue their financial intermediation activities are those who have maintained prudently conservative deposit rate structures, albeit at the cost of missing out on lots of potential customers and larger business volumes.

Importantly though, even at the lower deposit rates than now prevail, MFIs still offer significantly higher deposit rates than commercial banks who, according to BoG data, on average offer 7.55 percent per annum on savings accounts, 2.80 percent on current accounts, 11.50 percent on three month fixed deposits and 10.50 percent on six month fixed deposits, the latter curiously indicating an inverse yield curve. Indeed the strongest competition to MFIs with regards to attracting customer deposits are the deposit rates being charged by savings and loans companies – which match the lower end of the current MFI offering – and yields on risk free short term government treasury bills, with the yield on 91 day bills currently at 14.17 percent.

The most conservative MFIs are fending off competition from treasury bills by enticing depositors with hopes of securing loans when either they meet quantitative savings targets or they satisfy MFI credit officers as to their financial prudence and responsibility. In both circumstances however MFIs still insist on evidence of ability to repay such credit or the provision of adequate collateral or guarantees that can be exercised if repayments are not forthcoming.

Inevitably, the recent mass liquidations – and the widespread insolvency that led to them – has adversely affected total deposit levels available to MFIs and their consequent overall business volumes. Nevertheless, with two thirds of the number of licensed MFIs wiped off, the ones left are hoping for bigger market shares in a smaller market, in order to retain, or even improve  upon their prior profitability levels.

Towards this, it is instructive that average MFI lending rates have not fallen by nearly as much as average deposit rates suggesting a general expansion of net interest margins. While average deposit rates have fallen by as much as two fifths, average lending rates have fallen by barely one fifth, with MFI chieftains arguing that the recent regulatory actions have not reduced credit risk in any way. Indeed, the non-performing loans ration of the MFI industry is guesstimated at somewhere between 30 percent and 40 percent, which means loan default rates are twice those of the commercial banks. Consequently, MFIs are retaining a financial strategy in which borrowers who repay their loans make up for the losses incurred from those who do not.

Financial industry analysts expect similar trends to emerge imminently in the savings and loans industry too, which has more recently undergone a regulatory meltdown of its own. Indeed expectations are that as the perceived riskiness of each genre of financial intermediary converges, so will the offered deposit rates required to attract depositors. However, lending rates are expected to continue varying widely, to reflect the widely differing risks incurred by lenders in financing different market segments.