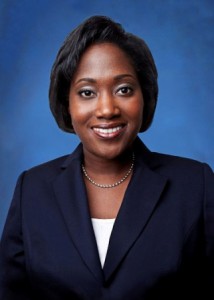 Lisa Opoku proudly carries her Ghanaian name around the world. An American-born citizen of Ghanaian parents, Lisa is the Chief Operating Officer for the Securities division of Goldman Sachs Asia-Pacific.  Based in Hong Kong, the 41 year old mother of two is arguably one of the world’s leading investment banking executives, making significant impact at the highest levels of business.

To get a clearer understanding of the driving force behind this phenomenal success, one has to go back to young Lisa’s upbringing and an incident that Lisa recounts to demonstrate the ambition her father had for her.

“I remember coming home with my grades and showing them to my Dad.  I had eight As and one A- minus. My dad was dissatisfied with that. He said if I could get eight As, I could get nine.  So when I think about the challenge of working on Wall Street and in a very competitive environment I think about the expectations that my parents had of me.  It is very similar to working in a place where everyone is incredibly talented and incredibly hard working. You are always working for straight A’s and that drive that my parents instilled in me as a young child has put me in a position where I feel able to compete  with people who are very talented at Goldman Sachs.  That is something my parents gave me.”

For Lisa, this approach is typical of the African upbringing particularly for migrant families who generally regard the opportunities presented by their host country with gratitude and express this in an enthusiastic embrace of those opportunities.

“As a child of African immigrants in America, you basically had three choices – you can be a lawyer, a doctor or an engineer and you had to decide by the time you were five!  So I decided to be a lawyer quite early.  Luckily, I was able to transition from law to business.   I enjoy investment banking even more than the practice of law. I think for me, being raised as an African has been a real asset to me because of the cultural focus on setting goals.”

It is perhaps that drive that was discerned by Goldman Sachs six years ago. Three months into a temporary assignment at Goldman Sachs, for the law firm with which she was working, she was offered an opportunity to join the financial services behemoth.

The transition from law to financial services has gone extremely well.  For Lisa, to a large degree, this can be credited to a realistic assessment of her choices once she decided to join the firm.

She recalls that the offer from Goldman Sachs gave her the choice between the role that she eventually chose and becoming a trader.

“…..going from law to being a trader when I was 34 seemed like a daunting task. I decided that the COO role would provide a good opportunity to use my legal and business skills. When I made the jump from law to investment banking in a COO role, I was coming into a role where my legal skills gave me some ability to add value in a way that was immediate.“

In the six years since joining Goldman Sachs, Lisa has made giant strides in her role, not only as COO of the Securities Division of Goldman Sachs Asia Pacific, but has also being listed as one of the most powerful Black women in business globally by US based Black Enterprise magazine.

This is especially significant given the turbulence that has been the tale of the financial trade in recent times. For Lisa, this has required flexibility and a readiness to adapt to the changing times. 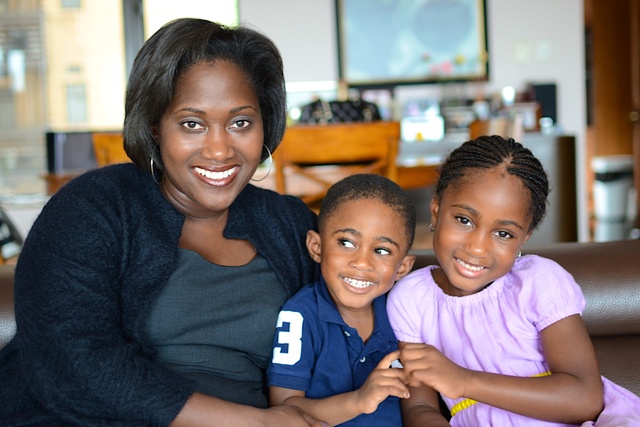 “I came to Goldman Sachs at a time when things were going very well and people were looking to expand.  Just a couple of years later, the outlook was entirely different. I learned very early that I needed to be flexible. The financial crisis helped to teach me how to manage risk.  My eyes are now wide open about the environment and some of the issues we can face in this industry.   I think we are doing a good job of making sure we adapt.”

From her base in Asia, where she sees first-hand the phenomenal success of the Asian economies, Lisa says she can see a lot of lessons that Africa can learn from. While the culture is similar to that of Africa, the world’s most robust emerging market has some lessons to offer the last frontier, as Africa is thought of by some in the global financial industry.

Shocked by the realization that Malaysia for instance, had achieved independence around the same time as Ghana and yet had several miles on Ghana in terms of infrastructure and economic development, Lisa says she had to find out why.

“I started to ask why it is that Asia has developed so much.  What were some of the things that we could learn? Why is the story so different for us in Ghana?   “In the end, we cannot look back and ask why we didn’t do better because it is quite clear that we didn’t all achieve at the same pace.”  She adds “I think there is a sense of discipline in Asia which is quite extraordinary and we have to adopt in emerging markets. I see that discipline even in the way they educate their kids. My five year old daughter, who is now studying in Asia for example, has such a demanding schedule that requires her to leave for school at 6:45am in the morning and does not come home till 3pm. More interestingly,  I find that she is not only able to achieve under that schedule, she’s thriving under it. So the question to ask is: are we really testing the limits of our capabilities? Are we pushing ourselves and our governments to the levels that others are in other regions? When you look at the Great Wall of China,  you understand the ability that people have to create something with real discipline.  That is the most remarkable learning experience. We should set a higher bar for ourselves and our children.”

Lisa recounts that, while scouting for business opportunities  in Africa, specifically in Ghana and Nigeria, she found not only grounds for optimism, but also areas that require radical action if the two countries are to fully realize their potential.

“I found that there were overwhelming opportunities in Nigeria, which I think is something that oil has brought to the region. There were times when I would fly back to the United States from Nigeria with a deal and if we didn’t move swiftly, it would be gone. In Ghana I realized that the pace was not at that same level of urgency.  However, Ghana had excellent management and we were really impressed with the people and opportunities that we met.”

“Another thing that was encouraging is that there was excellent cooperation between government and business. At the time that we were looking at these opportunities we had access to public officials who were working really hard to encourage us to invest. We were very impressed with the local leadership and that made me very proud of Ghana.”

However, as an investment destination, there are issues that Ghana and Africa must attend to.

“One of the things that is fundamental to people feeling comfortable about making investments is legal recourse. People want to know that if they are investing in a piece of land, there is assurance of a clean title.  These are some of the things that we need to conquer and implement in quite a revolutionary way. There are cultural limits that may disrupt the system but we need to find a way to integrate the culture with the reality that foreign investment or even Ghanaian investment from overseas must feel secure in terms of their legal rights.   Lisa continues, “no one expects that they will make a return on their investment every time.  However, when they do, they expect justice, and they must have confidence that when disputes occur, it will be properly resolved.”

For Lisa, who feels much attached to the country of her parents’ birth and has been visiting Ghana at least once a year since 1991, the development of the country’s financial markets is something of a cause.

She explains why she is so passionate about Ghana.

“I am very interested in the development of Ghana. I go back to my Dad coming to America because it was Kwame Nkrumah’s dream to educate people and bring them back to Africa after they got that valuable education. Unfortunately, in my dad’s case, the challenges of the time meant that he was never able to return and so in some ways, I feel that the opportunities that I have in America were given to me by the dream that Nkrumah had.   I stay interested and invested because I want to return that investment in some way.”

She adds “It is one thing to be at a place like Goldman Sachs, and benefitting from the amazing opportunities to learn and grow.  But the absolute pinnacle of achievement for me will be being able to deliver opportunity and access that I have earned, and connecting it back to Africa.  I feel very strongly that we will be able to do that in the coming years. “

All of this means that Africa’s story is tinged with as much opportunity as it is with risk. Lisa Opoku herself is proof of what Africans can do when they embrace opportunity with gusto and manage the risks properly. And that in itself, is cause for optimism.