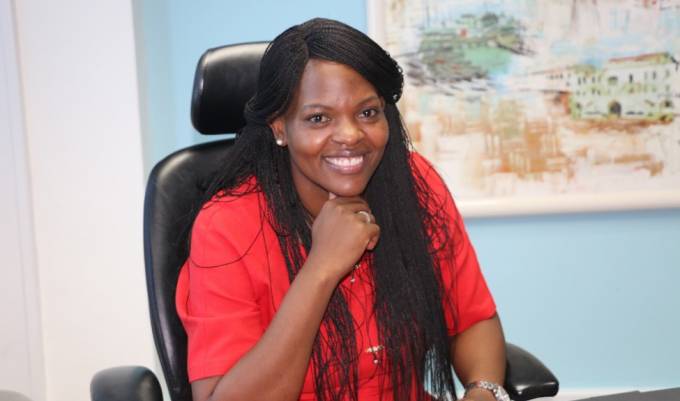 Homepage » Telecommunications » Too many telcos for a small population- Vodafone CEO

Six telecommunication companies operating in Ghana is too much for a relatively small population of 28million, Chief Executive Officer of Vodafone Ghana, Yolanda Zoleka Cuba, has said.

According to Ms Cuba, who is also the Chairperson of the Ghana Chamber of Telecommunications, the current population does not support the number of telcos or nor does it warrant new players.

In an interview in Accra, the Chief Executive Officer of Vodafone Ghana, Yolanda Zoleka Cuba said: “I agree to the many assertions that, with a population that is around 28million, having the current number of telecom companies is too much. There are far too many telcos in the country, considering the population.”

Market giants MTN, Vodafone, Airtel and Tigo have been battling out ‘small guns’ like Glo and Expresso with MTN leading the pack with almost 17 million users.

Even though there are only six telcos operating in the country, B&FT sources within the industry have disclosed that, the NCA is considering application from more than 3 three new operators who have interest in entering the Ghanaian market. These applicants, include T-Mobile.

Ms Cuba suggested that mergers may be the way to go to create larger companies that meet the needs of consumers at a competitive price.

She called on the National Communications Authority (NCA) to create the enabling environment for consolidation.

Her comments come at a time when two of the country’s telcos, Airtel and Tigo, are in merger talks, which has been ongoing for about a year now.

The merger when achieved, is expected to create the second largest mobile network after MTN.

This would see Vodafone, which is currently the second largest telecom provider, drop to the third position.

The year-long Airtel and Tigo merger talks may, howvere, be in danger of being scuttled by government’s demand of a stake in the new entity to be created from the merger.

According to sources close to the merger talks, the demand is one of the major factors that is holding back the National Communications Authority (NCA) from granting its approval to the deal.

Government’s demand is premised on a decade-old transaction when government sold 75 percent of its shares in Westel to MTC Group which operated Zain.

Zain was later acquired by Airtel in 2010.