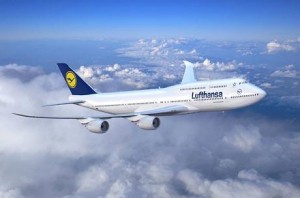 Lufthansa has cancelled 3,800 flights for April 2-4, or virtually all of its operations, due to a planned walkout by pilots, in what would be one of the biggest strikes ever to hit the German airline.

Vereiningung Cockpit, the union representing most of Lufthansa’s 5,400 pilots, last week said it was calling for a three day strike from April 2 over plans by Germany’s largest airline to scrap an early retirement deal.

Although Lufthansa had improved its offer, the pilots said it wasn’t enough as it didn’t apply to pilots joining after 2014.

The Lufthansa units affected by the strikes would normally operate around 4,300 flights over the three days, but the walkout means it will be able to operate just 500 short and long-haul flights during the three-day period, it said.

The strike affects flights run by its Lufthansa brand as well as its Germanwings low-cost unit, and it has also cancelled 23 out of a planned 31 Lufthansa Cargo flights for the strike period.

Lufthansa said on Monday the strike would cost it tens of millions of euros just for its Lufthansa and Germanwings passenger operations.

“A large amount of damage has been done just by the announcement of the strike, because passengers have already changed their bookings and cargo customers have switched to other airlines to transport their goods,” Lufthansa said in a statement.

Back in 2010, Lufthansa pilots called a four-day strike over cost cuts. Although the action was called off after one day, it still resulted in the cancellation of around 2,000 flights and cost Lufthansa 48 million euros ($66 million) in lost revenues.

Analysts now estimate that a full three-day strike could cost the airline 30-50 million euros in profit.

Lufthansa said it would rebook customers onto other airlines or trains. Its units Swiss, Austrian, Eurowings, CityLine, Air Dolomiti, plus partner Brussels Airlines, would use larger aircraft on routes to and from Germany where possible.

A Lufthansa spokesman said that while the group was still considering the possibility of legal action, the damage had already been done.