The truth stands that various organisations are doubling efforts into making the World a better place for women across the World of which Ghanaian women are included.

And indeed women have risen to the occasion and excelled in diverse career paths whenever an opportunity presents itself.

They are shaking up the corporate and entrepreneurial World by taking high positions which was hitherto the preserve of men.

When Lucy Quist the first Ghanaian woman to lead a multinational telecom company, took over as the Chief Executive Officer (CEO) of Airtel Ghana, she  successfully re-positioned the company into the fastest growing telecom brand growing customer market share for both voice and data.

Leading the way, other women have veered into such high profile positions. The United Bank for Africa’s first female regional CEO, was adjudged Finance Personality of the Year at the Ghana Accountancy and Finance Awards last year.

Aside those with high ranking jobs in the corporate World, quite a chunk of women have taken a plunge into entrepreneurship.

This is evident in the recent Master Card foundation index which revealed that Ghana has the highest number of women in business and almost half of businesses in Ghana are owned by women.

Ghana Leads The World With Highest Number Of Women Entrepreneurs

This notwithstanding, women entrepreneurs are embroiled with many challenges right from starting a business to sustaining it. Those who find themselves in the corporate World are still struggling to find their feet between work and  maintaining the home. 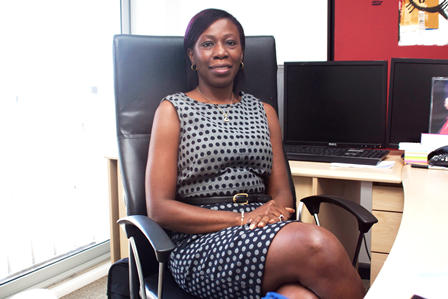 Mansa Nettey, who was appointed first female CEO of Standard Charted Bank last year in an interviews noted that being a woman in a corporate World is not easy sailing with regards to juggling between work  and family.

“I’m a family woman and I have had to combine family life with work; it is a tough balancing act. I have sometimes had to make up for office work even on holidays, but basically if you are determined to succeed at both, you will,” she said in a previous interview.

But this is just an aspect of the challenges that women face in their career path.

It is in this regard that the  World Bank through its Women, Business and the Law initiative have over the years measured how laws and regulatory institutions affects women’s ability to set and operate businesses.

At a 2-day workshop recently organized by the World Bank, women entrepreneurs and women rights activists gathered to open discussions on the latest Women, Business and the Law report and how to improve the understanding of how legal environment shape women’s economic life.

The objective of the report, according to Mrs Ronke Amoni Ogunsulire, the Country Manager for International Finance Cooperation (IFC), is to build awareness of gender differentiated laws and identify areas for legal reforms.

“At the World Bank we believe that gender equality is a developing solution for ending extreme poverty and promoting shared prosperity,” she said.

“Inequality is the root cause of poverty: it impedes development, hinders growth, and undermines national competiveness. Studies have shown that greeter gender equality leads to economic growth and benefit not only for women but the society as a whole.”

She further noted that while there is progress in closing the gap, there is still more to be done particularly in reforming our laws.

“Africa has one of the highest rate of female labour participation, yet vulnerable employment remains the norm for women,” she further added.

The report looked at how the business components and environment impact on women differently when they want to start and register businesses.

“The report can be used to promote better policies for women and to really help advocates in different countries to have an argument or an economic background, findings and comparative analysis they can use to show where these laws exists, whether there are gaps and where improvements have been made and argue for better policies for women,” said Paula Tavares, Private Sector Development and Legal Gender Specialist, with the Women, Business and the Law team.

Ghana’s Stock Market Records 17% Drop from Jan. to June due to Impact of COVID-19 webmanager July 13, 2020
Close
Business World Ghana
Proudly powered by WordPress Theme: Magad.
We use cookies for functional and analytic purposes to ensure that we give you the best experience on our website. By using this website, we assume that you give your consent to this policy.Ok