African women are increasingly locking horns with men in their mainly male dominated business environment. And they are excelling, with compelling stories that should inspire many more women—and even men—to want to take chances and strive up the ladder of success.

We have selected seven women with extraordinary achievements in different sectors of corporate Ghana who have demonstrated passion and foresight on their journey to the top. From fields as varied as ICT and entertainment, our women have identified and seized opportunities that have revolutionized those industries, while in finance, human resource management, public relations and cosmetology smart young ladies, with fire in their bellies, have become trailblazers.

These extraordinary women represent a new crop of Ghanaian and African women determined to change their lot and their nations through enterprise, and they are worth celebrating. 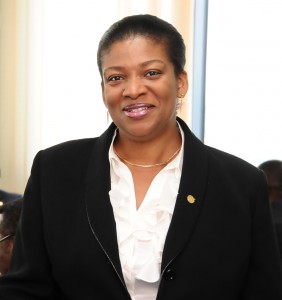 Mrs. Pearl Esua-Mensah is the quintessential professional. With an MBA in International Business Strategy from the Manchester Business School tucked under her arms, and a Fellow of the Association of the Chartered Certified Accountants (FCCA). She has risen to become Deputy Managing Director of UT Bank, one of Ghana’s fastest growing banks.

She joined UT Financial Services, which later morphed into UT Bank, in 2004 as the Financial Controller rising to the position of General Manager and then to Director of Finance and Administration until December 2010.

Mrs. Esua-Mensah has extensive experience in accounting and financial management. She worked as a Group Financial Accountant and Group Reporting Accountant for Parity Group PLC and Kantar Group both in the UK. She was awarded her first degree, a BSc. Administration, by the University of Ghana, Legon.

Esua-Mensah has a natural proclivity to inspire. She is a mentor and speaker on a number of youth related programmes including platforms like Foundation for Future Leaders and Waves International. She was voted the Young Professional Role Model 2011 (Female Category), organised by the Young Professionals & Youth Coalition initiative.

With her extensive experience in accounting and financial management, Esua-Mensah has an eye for efficiency. She says she has a preference for talented professionals who pay attention to detail but who also have softer skills and are not only interested in crunching numbers, but also have the potential to develop others and have a high sense of integrity.

What qualities Mrs. Esua-Mensah looks out for in others, is exactly what she is. It will be interesting to see where her talent and influence pushes UT Bank to in the next couple of years. 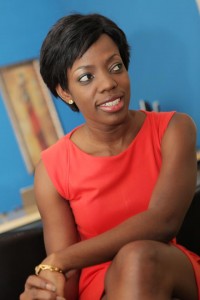 Shirley Frimpong-Manso (36) is a founder and CEO of the film, television, and advertising production company Sparrow Productions. She sought to raise the standard of film production in Ghana and Africa by telling progressive African stories as seen through the eyes of Africans. She won “Best Director” at the African Movie Academy Awards 2010.

She says that as a child she organized plays, as it just felt like a lot more fun than playing with sand and dolls. She graduated in 2000 from the National Film and Television Institute of Ghana and worked as a presenter at Radio Gold, a private station in Accra. Frimpong-Manso started Sparrow Productions in 2003. 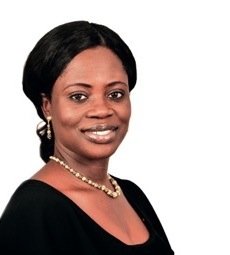 Abena is an accomplished investment banker and serves on the boards of the African Women’s Development Fund, a philanthropist organization that promotes African women’s causes, the AFS Intercultural Exchange Programme Ghana, a philanthropy promoting intercultural learning and The Challenge Season 3, a TV Reality Show to develop youth leadership promoted by the British Council. She is also an Assessor (Capital Markets Expert) of the High Courts of Ghana.

She has worked, leading as originator, financial advisor or stockbroker to many landmark transactions on the Ghanaian capital markets in the last 13 years.

She has been with the Renaissance Group, where she was CEO of NewWorld Renaissance Securities and Head of Investment Banking and Finance of Renaissance Capital, Ghana.

Prior to joining the Renaissance Group, she was Executive Director at Strategic African Securities. Abena is currently setting up her own financial services firm and she plans to raise capital to invest in Ghanaian and African businesses as an equity partner.

Abena has served on several boards as a director, including those of the Ghana Stock Exchange, the Ghana Venture Capital Trust Fund, Pioneer Aluminum Factory (a GSE-listed company), NewWorld Renaissance Securities, Strategic African Securities and the Ghana Securities Industry Association.

She was Governor on the Millennium Excellence Awards 2005, at which Kofi Annan received the highest award. She also hosted investment Digest, a TV programme to educate the public on incestments for several seasons. 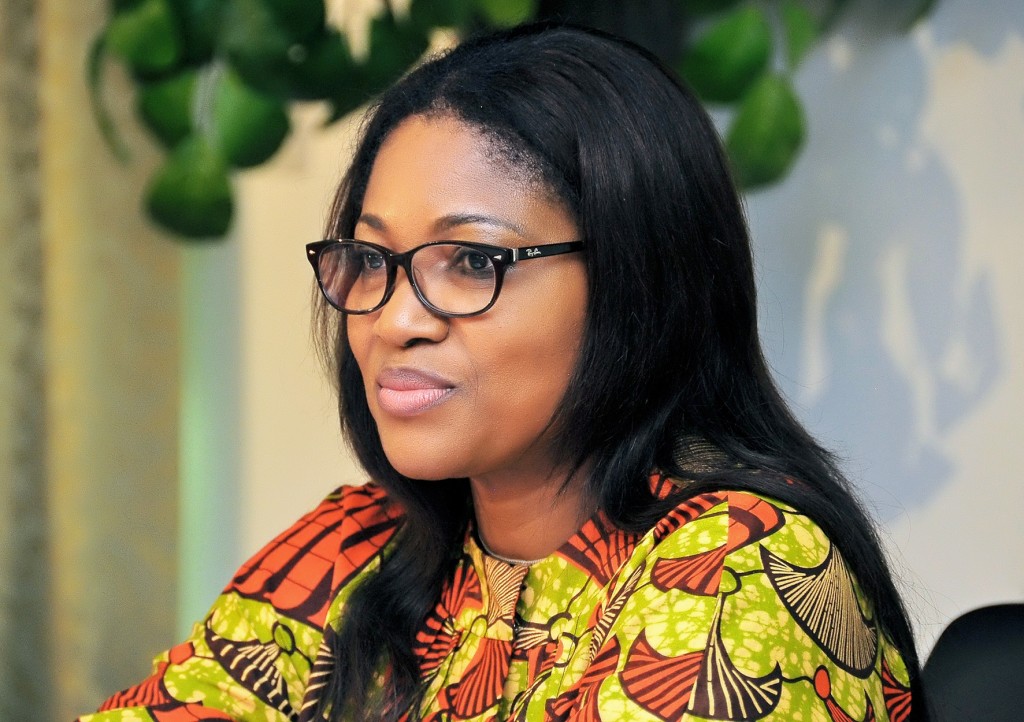 Starting with $100 an a dream—a dream of promoting the beauty of African skin that seemed more of wishful thinking at the time—Mrs. Amey-Obeng has, against all odds, successfully warred against the popular but dangerous practice of skin bleaching.

Setting up the FC cosmetic retail shop, which specialized in products that enhanced the beauty of the natural skin, must have been every investors’ nightmare when all the competition (and it was stiff at the time) was skin bleaching products that had inundated the West African sub-region.

Mrs. Amey-Obeng has organised and supported many philanthropic programmes and organizations and has established her own foundation, the Grace Amey Obeng Foundation International (GAOFI).

Obviously Mrs. Amey-Obeng has a passion to help African women gain confidence and strength in themselves. She has done it with a zeal and tact that has turned a dream and a $100 into a multi-million dollar business… and joy to many African women. 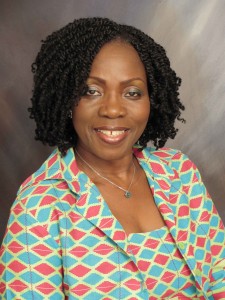 Very early in life, Esther Amba Numaba Cobbah, figured out her place was in the communication industry, which to her mind was the most effective tool for national development. Now CEO of Stratcomm Africa, a leading communications and public relations outfit she founded almost two decades ago, Ms. Cobbah exudes that rare balanced combination of ebullience and calm confidence that comes from a sense of exceptional achievement. Naturally gravitating towards communications studies throughout her secondary and tertiary education, she jumped at an opportunity, in 1988, to set up a public relations department from scratch for the Ghana National Petroleum Corporation (GNPC). Arguably, this is where Ms. Cobbah cut her teeth. Since then, those teeth have sunk into many a successful project including the development of LPG variants of local mud stoves, including the ‘Chorkor’ fish smoker and the pito stove; a major boost to government’s promotion of use of Liquefied Petroleum Gas (LPG) beyond urban areas.

“The then management of GNPC was happy with the work I did with the LPG and the stoves and this culminated in the setting up of a subsidiary known as Energy Products. Today, the stoves are all over town,” she said elatedly.

Ms. Cobbah’s PR astuteness was instrumental in the early successes of West Africa’s biggest sub-regional investment, the West African Gas Pipeline Project (WAGPP), which was promoted by a consortium of Shell, Chevron, Nigeria National Petroleum Corporation, GNPC and the national gas companies of Togo and Benin.

What makes her tick? “It is the need to challenge ourselves, by raising our professionalism and working with integrity in an honest manner and not cutting corners.” And the source of her strength? God. Stratcomm has “Work to the glory of God” as one of its cardinal principles. 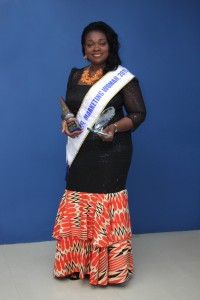 Mrs Ellen Hagan, CEO of L’AINE Services, like most people, reportedly started her working life as an employee, first as a national service person at Mfantsiman Girls’ Secondary School, followed by stints at Volta River Authority, and nearly a decade at SGS Ghana Ltd, during which period, based on her work experiences and training in Human Resource Management, wondered about the absence of employment agencies in Ghana and most of West Africa.

Ellen actualised her musings with the birthing of L’AINE Services Limited, a self-owned, self-managed wholly Ghanaian company, which s now not only an employment and training organisation, but a human resource sentre that includes such human resource services as outsourcing, organisational development, salary surveys, staff performance appraisals, career guidance, CV preparation, interview grooming, and psychometric tests, among others.

L’AINE now has over 3,000 members of staff made up of core staff and outsourced staff with its head office in Sakumono, Accra and branches, in Adabraka, Takoradi and Kumasi.

Ellen is co-founder of Legacy Leadership Girls’ School, a secondary institution which aims at nurturing and guiding the leadership potential in girls.

Her rack of awards will stir anybody’s envy. They include the CIMG Marketing Woman of the Year -2011, with her company winning the CIMG Print Advert of the Year, 2011 for their ‘Bend Over Backwards” campaign while also being named the 50th most prestigious company by GIPC during the Ghana Club 100 Awards. Ellen Hagan received the “Strategic Leadership Award” by the World HRD Congress in India in February 2011, in recognition of her achievement in Human Resources development in Ghana.