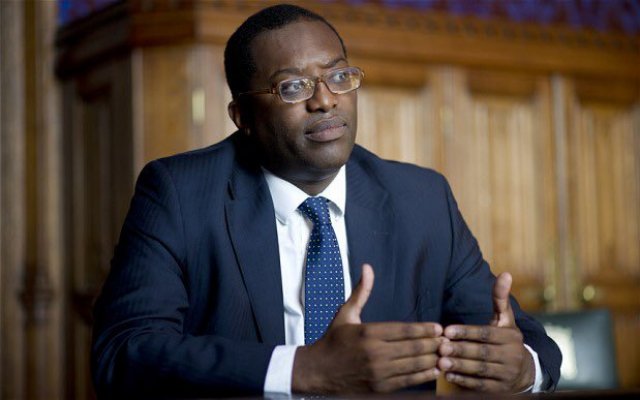 A Ghanaian-British politician, Kwasi Alfred Addo Kwarteng, has been appointed a minister at the Department for Business, Energy and Industrial Strategy in Britain and will also be a member of Prime Minister Boris Johnson’s cabinet.

On 16 November 2018, Mr Kwarteng was appointed Under-Secretary of State at the Department for Exiting the European Union (DExEU), following the resignation of Suella Braverman.

Following the election of Boris Johnson as Prime Minister in July 2019, Mr Kwarteng was promoted to Minister of State for Business and Energy, and, as part of his role, he will attend the Cabinet.

Dr Kwarteng was born in Waltham Forest in 1975 to Ghanaian parents who migrated to the UK from Ghana as students in the 1960s.

He attended Eton College as a King’s Scholar and Newcastle Scholar, before going to the University of Cambridge where he read classics and history at Trinity College, Cambridge.

He attended Harvard University on a Kennedy scholarship and then earned a PhD in economic history from the University of Cambridge in 2000.ClassFMonline.com