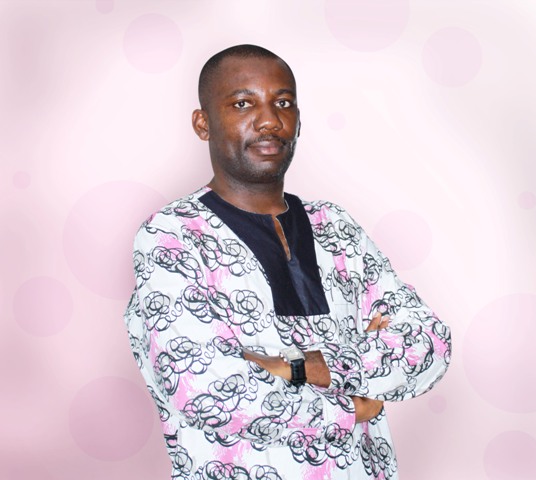 When Kwame Wiafe, Commercial Director at PZ Cussons was declared as the CIMG Marketing Professional of the Year 2011, not many could have known just how unlikely the road had been to that day of glory. For a start, Mr Wiafe did not train as a marketer. At the University of Ghana, he trained as an accountant and indeed began his professional life as a Finance Officer at the Ghana Export Promotion Council. It was only after an interview prior to a move to Nestle Ghana, that Mr Wiafe’s professional trajectory took an unexpected turn. In seeking to impress the panel, he turned in a performance that gave the team a new and interesting idea.

“For some strange reason, they asked me if I wanted to join the sales team instead. They felt that I had sold myself so well that I would fit into the team that they were building within the sales team. So they threw the challenge to me and my response was: why not?”

While this was unexpected, Mr Wiafe was grateful.

“I had always called myself as a reluctant accountant. I was never too comfortable with the regimented atmosphere in which accounting must be done. But when I was in school, accounting seemed the most appropriate in terms of the jobs market so I took that up. So this was a God-sent opportunity to work in an environment in which creativity could be brought to bear on the role. Looking back, I think it was one of the best decisions I have ever made.”

This enthusiasm must have been reflected in output because Kwame Wiafe then began a prodigious rise through the ranks at Nestle Ghana. In three months, he was confirmed in his role and ten months later, was promoted to Area Manager. This new role was meant to be a temporary billing as a result of changes within the organisation. The company however found that they did not need a more experienced person as originally intended; Kwame Wiafe was their man and they confirmed him as Area Manager, later on promoting him to Regional Manager.

Awards such as “Best Account” in the group later, Mr Wiafe was moved to marketing where he injected new life into events such as the Milo Marathon, weaving it into the Africa Union Day and eliciting interest from other African leaders and athletes.

Five years into his time at Nestle, a new challenge presented itself in the form of an approach from PZ Cussons, who were looking for ambitious, driven and experienced local to drive the business.

“I was initially reluctant but after a couple of meetings with them, I recognised the opportunity to write my signature on the corporate landscape.”

Initial challenges such as the lack of clear focus and branding identified, Mr Wiafe set to work immediately, reducing the number of brands from forty-two to ten and Stock Keeping Units from two hundred and thirty-two to eighty. The bigger vision would then be expressed in a document presented to management which identified the weaknesses in the sales strategy and proposed solutions. This document was approved but when implementation was found to be missing something, its author was brought in to drive it himself.

Kwame Wiafe’s major concern was articulating a clear and coherent brand communication, bringing in consultants to help with the issue. But there was also a pragmatic angle to his decision making.

“For instance, at the time I joined, we were trying to enter the milks market. We had Coast and Nunu milk. As part of the rationalisation effort, we advised that it wasn’t prudent to present both brands. Coast was a full cream milk and Nunu, a filled milk. My thinking was that it would be difficult to beat Ideal in the full cream milk market so we held on to Nunu, which has a health angle that we could use. Our research also showed that people were now becoming health conscious so that was an opportunity.”

Backed by a campaign that talked up Nunu as a healthier choice, Nunu has not only survived but thrived, shifting more than a hundred thousand units a week, an exponential rise from two thousand before the campaign began.

A similar approach with branding, including an endorsement from the Ghana Medical Association – the first of its kind in Ghana – has yielded comparable results for Camel, a disinfectant from the PZ Cussons stable.

These successes are a result of unconventional approaches that Mr Wiafe says, is a result of his not having learnt marketing in the classroom as so many of his colleagues and competitors did.

“I say I am a pragmatic marketer. My masters degree was even in finance, even though I have studied CIM, etc. But because I am a street marketer, I veer away from the “ideal,” the “textbook” type of marketing. I don’t do things by the book, if you will. I stay close to the market.”

This approach is particularly important, in this part of the world where statistics are not easy to come by and where available, might not deliver the tangibles necessary to fully inform successful brand campaigns. Mr Wiafe’s unconventional practice enables him to deftly sidestep this challenge not by spending more money; but by spending more quality time.

“That is how come affinity to the core target is key here,” he says of the challenge of statistics. “Most of the decisions that you take must be based on your own closeness to and engagement with the people as well as the information you can glean through observation or directly from them. While we have some good research around, the numbers do not convey the motivation, attitudes and aspirations of consumers and those are critical to any campaign. That is why I am with the traders nearly every week. I join our vans to the market to speak to the retailers and wholesalers and they give me information that no research may be able to give me. I get complaints directly and I come to understand what traders and shoppers are yearning for. I will ask, if possible, a few questions of shoppers; why are they choosing the brands they are choosing and not the others? What do they want to see from us?”

Such contact and interaction have spawned information that is not available to competitors, which is why PZ Cussons is now pioneering innovation and influencing copy cat campaigns from rivals.

“What a lot of companies do is what we call the “free case deal” – that is if you buy ten cartons I will give you one for free. So I went out to see how people felt and I found that people were tired of them. I found that because it was the same product, they didn’t really feel the reward. What they wanted were rewards that was off the product. So we decided to run a loyalty programme where traders would receive vouchers for certain amounts they bought to shop at Melcom. And that is on top of your front margin. After a month or so, I noticed that my sales had gone up by some 30%. Months later, I find that  one of my competitors had began a similar campaign!”

It is interesting, even surprising, that with a background that did not have marketing fully in the picture till later in life, Mr Wiafe should become so dominant a figure in the field. But then, he has paid a lot of attention to the trade and has a very strong notion of what success in it demands.

“A great marketer must be able to identify an unmet need and come up with both the offering and the communication for it. He has to be careful not to do the same thing as everyone is doing; following the crowd, if you will. You have to do things that the market players will not expect. With Nunu, we managed to get that unique message and communication that has now made it a threat to Nestle that no one would have thought possible when we began.”

Not that he has totally forsaken the lessons learnt in accounting class. Close watchers of PZ Cussons’ campaigns will notice that they tend to focus on sponsorship drives that reinforce brand identities. An example is the partnership with Agoro, the enormously popular game show hosted by David Dontoh. Campaigns such as Agoro have delivered great result while keeping costs low and Mr Wiafe is always on the lookout for similar opportunities. In spending plans also, he has found that dealing directly with media houses has brought more value for his cedis.

“My training in accounting got me to recognise the value of money; keeping an eye on return on investments and making sure that we got the greatest value for whatever we put on the table. I think that has helped me a lot.”

Of great help also, has been the team he has been working with.

“I am most proud of my team. I always say I take credit for their good ideas. What I provide is leadership, the environment for good ideas to flourish; the opportunity for people to express themselves and to play the Devil’s advocate. I make sure that I guide the team, provide the support and resources to make sure that good ideas work.”

These are the traits, one can say, of not only a good marketer but also of a leader. It is gratifying then, that Kwame Wiafe is packing these experiences and picking up these lessons so that as he plans to, when he joins lecture circuit, he will have no end of nuggets of wisdom to pass to his lucky audiences.