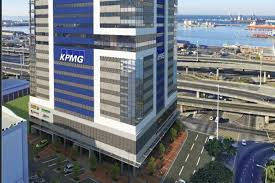 Two of KPMG’s most senior financial consultants have quit the Big Four firm after Tim Howarth, their boss was ousted following an investigation into his conduct.

Mike Walters, who was head of compliance at UK lender Barclays until he joined KPMG in 2013, and Harps Sidhu, KPMG’s head of capital markets consulting, will both leave the business at the end of this month.

Their departure comes weeks after an investigation by KPMG into alleged misconduct by Mr Howarth that scrutinised his use of WhatsApp messages.

One KPMG insider said the three senior exits had “knocked out the effective chain of leadership” within the firm’s financial services consulting division, which has turned into “a bit of a disaster zone”.

“The core leadership of one of the most profitable areas of the business has just been taken out. People want to know what will happen to their careers,” the insider said.

KPMG’s financial services work, including consulting and audit, made revenues of £681m last year, making it one of the firm’s largest business lines.

The departures have sparked a reshuffle within the senior ranks of the division, which advises some of the UK’s biggest financial institutions, including Lloyds Banking Group and Nationwide.

Mr Howarth, who ran KPMG’s financial consulting business, was forced out in August as KPMG convened a disciplinary panel. Mr Howarth told the Financial Times he had already resigned and he vowed to appeal against the outcome. He said there was no complainant and he did not believe the internal process was fair or would lead to a just outcome.

It is not a happy place to work at the moment. A lot of people were asked questions about whether we had seen any misconduct by Tim [Howarth]

Two people close to the matter said he was ousted after complaints about messages he had sent on WhatsApp.

A number of KPMG insiders said the investigation into Mr Howarth had led to tensions between partners and unsettled some staff.

It is not a happy place to work at the moment,” said one financial services partner. “A lot of people were asked questions about whether we had seen any misconduct by Tim. We thought it was wise not to speak to each other or to Tim during that time.”

The insider said partner infighting had increased since it emerged in June that another senior partner, Sanjay Thakkar, had taken a leave of absence from KPMG’s deal advisory division after being accused of bullying.

KPMG has since encouraged all staff to speak up about any concerns relating to inappropriate behaviour, triggering a large number of complainants to come forward.

Mr Walters reported into Mr Howarth. He joined KPMG as head of financial risk management in 2013 after eight years at Barclays where he led its compliance function, which included1,300 employees. Previously he worked at Deloitte, another Big Four accounting firm, for 16 years.

Mr Sidhu was a partner at EY before he joined KPMG in 2013. He is in charge of KPMG’s capital markets consulting practise and is head of the financial services regulatory change unit, as well as the firm’s global lead for Mifid II with its bank and asset management clients. A person close to the matter described him as a “rainmaker”.

As part of the reshuffle Lisa Fernihough has taken over from Mr Howarth as head of financial services consulting for KPMG UK, and Liz Claydon has been appointed as UK head of deal advisory in place of Mr Thakkar. Mr Walters and Mr Sidhu have not yet been officially replaced.

The wave of departures is the latest in a series of blows for KPMG, which has been battling to restore its reputation after issues including a corruption scandal in South Africa and scrutiny over its audit work for Carillion, the government outsourcer which collapsed last year.

KPMG and Mr Sidhu declined to comment. Mr Walters and Mr Howarth did not respond to a request for comment.