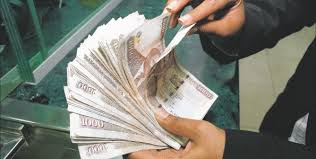 Kenyan Treasury yields have dropped to almost three-year lows as the collapse of three banks within nine months in East Africa’s largest economy prompts lenders and pension funds to seek out the relative safety of government debt.

The return on Kenya’s three-month Treasury bill has fallen 337 basis points this year to 7.3 percent, the lowest since July 2013, data from the central bank show.

Chase Bank had a 4.8 billion shilling bond trading on the Nairobi Stock Exchange, while 2 billion shillings of Imperial debt was due to start trading the day it was placed under supervision, said Maurice Oduor, a money manager at Nairobi-based Cytonn Investments.

“With the closure of chase and imperial banks, pension funds have a preference for government Treasuries, as opposed to bank deposits,” Oduor said. “Payment of the bond is dependent on the capacity of the issuer to pay. For both Chase Bank and Imperial Bank, the issuer is under receivership. So the funds are still locked in the two banks.”

The interbank rate, a barometer of liquidity in the market, dropped to a five-year low of 2.21 percent last week, as central bank fund injections encourage an abundance of cash.

“The allure of treasury bills and bonds should have gone, but it hasn’t,” Jibran Qureishi, an economist at CFC Stanbic Bank Ltd., said by phone from Nairobi. “It is because it is a safe haven right now. Pension funds don’t want to hear about corporate bonds or the stock market.”

The government has 200 billion shillings in securities maturing by end-August, data compiled by Bloomberg show, suggesting that liquidity will remain abundant and yields probably capped.

The government is probably preparing to roll over a large amount of its debt in the coming months, keeping liquidity at high levels, said Alexander Muiruri, head of fixed-income at Kestrel Capital in Nairobi.

“In the next financial year, they are going to have to be quite aggressive in the market,” Muiruri said.