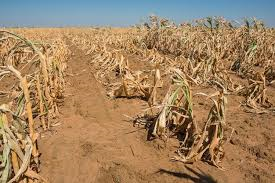 Consumer prices surged 10.3 percent in March from 9 percent in February, the Kenya National Bureau of Statistics said in a statement emailed from the capital, Nairobi, when they broke through the Central Bank of Kenya’s 7.5 percent ceiling.

The rate is the highest since June 2012 when inflation registered at 10.1 percent after peaking at 19.7 percent in November 2011.

Inflation may remain above the central bank’s target until June and could slow to around 5 percent if the prevailing dry weather abates, central bank Governor Patrick Njoroge said on March 28.

The food and non-alcoholic drinks index, which accounts for about a third of the inflation basket, increased to 18.6 percent in March from a year ago, KNBS said. The government has proposed to waive taxes on imports of white corn to alleviate a shortage of the staple caused by lack of during the so-called short rains season over October to December, Treasury Secretary Henry Rotich said in a budget speech Thursday.

Ongoing rains, if adequate, may alleviate price pressures only after June, according to Faith Atiti, a senior economist at Nairobi-based Commercial Bank of Africa.

“Prices may have peaked this month and will start to come down in coming months,” Atiti said by phone. “We expect inflation to stay above 7.5 percent until around June as drought effects normally lag for some period.”