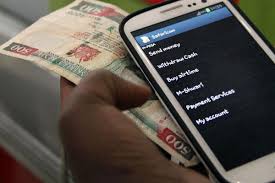 Barely a week after the launch of M-Akiba, a mobile treasury bond offering, the Kenyan government has announced that it has registered 40,000 users and raised Kshs 43 million shillings ($418,000).

The mobile government security investment platform can be accessed via USSD and Kenyan investors have warmed up to it.

“As you know we launched this on Thursday. As per today, the total buys are Kshs 43 million and almost 40,000 people have registered. But there are those who have registered and are yet to buy,” said Henry Rotich, Cabinet Secretary for National Treasury at a press briefing yesterday.

The government aims to raise Kshs 150 million ($1,500,000) in the next three weeks of its soft launch and the funds will be used for infrastructure development.

In June, the M-Akiba will launch the full Kshs 5 billion bond opening up the market for more Kenyans. The bond has a 3 year maturity period.

People can subscribe to the bond with a minimum investment of Kshs 3,000 and a maximum of Kshs 140,000 per day through mobile money platforms offered by Airtel and Safaricom.

Investors will earn 10 percent per year.

M-Akiba has opened an avenue for small investors to put money into government bonds, a journey planned back in 2012.

“We don’t have any country that is selling government securities through the mobile system. Kenya will be the first,” Rotich said during the launch of the product. “It is to encourage savings and, of course, an investment culture.”

He added that, “M-Akiba rightfully mainstreams every Kenyan into the league of major investors in Kenya’s future. It gives full access to a risk-free Infrastructure Bond issued by the National Treasury and backed by the financial might of the Kenyan Government. A safer instrument you will not find anywhere in Kenya.”