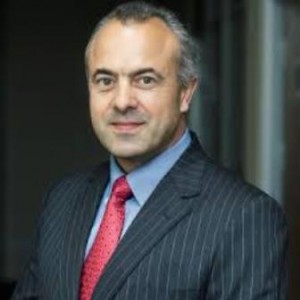 He takes over leadership of Newmont’s Africa region from Dave Schummer, who has completed his assignment and is returning to the United States.

Mr. Ferreira joined Newmont Africa in 2012 as the Group Executive Operations and led a cross-functional team that focused on improving the safety, operational and cost performance of the region.

Prior to joining Newmont, Mr. Ferreira held leadership positions with AngloGold Ashanti’s South Africa region where he was the Senior Vice President in charge of operations.

“It is an honour to lead Newmont’s Africa operations, a key growth region for the company,” said Johan Ferreira.

“My predecessor, Dave Schummer, built a solid foundation streamlining our cost structure, optimizing our operations and making the business more sustainable. I am optimistic that with the support and engagement of our stakeholders, we will enhance the sustainability and profitability of Newmont’s Africa operations.”

Mr. Ferreira also asserted Newmont Ghana’s commitment to operating in a safe and responsible manner, while seeking to create sustainable value and opportunity through continuous improvement.

Africa is one of five core operating districts of Newmont Mining Corporation, one of the largest gold companies in the world.

Newmont Africa holds two gold mining operations in Ghana: the Ahafo mine in the Brong-Ahafo Region and the Akyem mine in the Eastern Region.

The company employs approximately 6,357 employees and contractors, with the majority working at its Ahafo Mine.