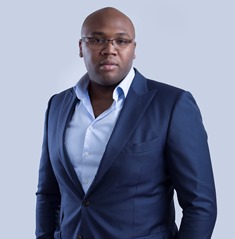 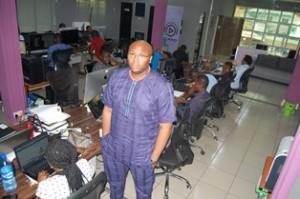 Described by CNN as the Netflix of Africa, Jason Njoku’s company iROKO tv has in two and a half years built one of Africa’s most talked about, and arguably one of the most well-funded internet companies on the continent today. Jason’s Lagos-based Nollywood Voice on Demand platform with a movie catalogue of over 5,000 movies is watched by movie fans in 178 countries around the world.

Launched in 2011, Iroko has raised over $25M in equity investment; a feat very few African companies are able to achieve even in decades. Jason and his team are pioneering the African digital content market by bringing previously unobtainable content to a global diaspora audience. His efforts have yielded several accolades including being recognised as one of Forbes’ Top Ten African Internet Millionaires to Watch. In 2014, he has also been recognised as one of Fast Company’s (US based business magazine) Top 1000 most Creative People in Business.

Jason Njoku’s story is part of the new African narrative: Africa Rising. Having grown his business from his bedroom, to a YouTube channel, to a stand-alone venture-capital backed dedicated movie platform, Njoku story inspires a new generation of technology entrepreneurs. He says   “we are in a world that focuses on younger more dynamic ways of doing businesses. It creates new opportunities. If you look at anywhere in the world where internet companies are being built, it is being built by young people and Africa is no different.”

Jason’s story began in London where after two failed business ideas and shamefully moving back into his mother’s apartment, he decided to break into the Nigerian tech industry. He got the idea when he discovered a change in his mother’s television viewing habits. She now watched more Nigerian film content than the British soaps she was used to.

In Africa, Nollywood movies are easy to find; outside of Africa however, was a different story altogether. Movie fans overseas thus had taken to sharing movies on YouTube, chopping them into 10-minute long videos to get around time limits the service [Youtube] then imposed.

Even though the uploads violated copyright, no one complained. Going through the unauthorized streams and finding they generated tens of thousands of views, Jason saw this as an opportunity to begin another business.

He sat down with his German partner, Bastian Gotter, whom he shared a flat with back at the University of Manchester, and pitched the idea of buying the rights of movies and showing them online; all he needed was money to begin. Bastian gave Jason a few hundreds of pounds and they later flew to Nigeria to search for movie producers.

Njoku was able to acquire 200 titles, paying marketers between $100 and $1,000 a title for licenses of varying duration. He launched a website called Nollywood Love and struck a content partnership with YouTube, which hosted his streams and inserted commercials into them, giving Njoku a murkily defined cut of the ad revenue.

To get bigger, Njoku needed real money. He got a break in 2011, after technology writer Sarah Lacy visited him and produced an account of his interactions with the volatile Alaba crowd for the blog TechCrunch. Shortly afterward, Njoku heard from Nazar Yasin, an executive at multibillion-dollar hedge-fund firm Tiger Global Management. Tiger Global invested primarily in technology–it was an early backer of Facebook–and it was looking for opportunities in Africa. The hedge fund’s team visited Njoku’s Lagos headquarters and liked what they saw. The result was an $8 million financing round, which also included the Swedish investment firm Kinnevik. Njoku used around $5 million of the money to amass the rights to some 5,000 films–what the company claims is “the largest legally assembled library on planet Earth” of Nollywood content.

Even though both investment firms were initially testy about investing in Nigeria they have ignored all odds to create Africa’s biggest online movie and music platform, iROKOtv.com and iROKING.com, a streaming service that works on mobile or any internet connected device. For two and a half years, the company has been financing and distributing Nollywood movies.

Like all businesses beginning, Jason’s company has had to face a few challenges on the Nigerian market. He says of doing business in Nigeria “It definitely is a very tough place to do business because we are forging hurriedly into a new market where no one else has been before.” The company has spent a lot of time educating the market about viewing content online but as the African saying goes; “All the fingers are not equal”, the market can choose to embrace it or ignore it.

From the growing numbers of viewers every day, it certainly looks like iROKO is here stay and Jason and team are poised to inspire a new generation of African technology entrepreneurs.