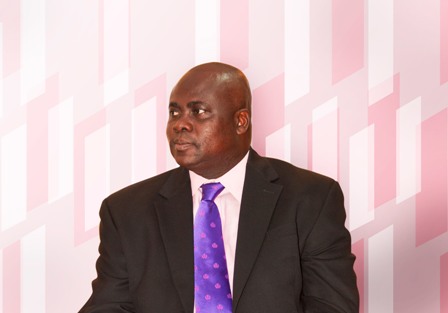 Fidelity Capital, a pioneer in Ghanaian private equity, has been undergoing a tremendous evolution. In 2010, the company struck a partnership with Jacana Partners, a pan-African private equity firm with headquarters in London, which has taken on the mandate of supporting SME fund managers in sub-Saharan Africa.

Given the fact that Fidelity Capital had a similar objective, the partnership was a natural fit. The two firms share a determination to support the growth of Small-and-Medium sized Enterprises (SMEs) by providing the much needed capital and expertise that will enable them to expand their reach and services and create greater opportunities for jobs in the markets in which they operate.

The association must have been pleasing to both parties because this year, Fidelity Capital completed the transition to become Jacana Partners, with the UK based company taking up a significant share in the Ghanaian operation.

The ease of the partnership can be said to stem from the close alignment in the ethos of Jacana and the erstwhile Fidelity Capital.

Stephen Antwi-Asimeng, a veteran of the private equity industry and former Managing Director of Fidelity Capital, now Senior Partner in the new company, explains why the Jacana Partners model for SME investing is so important:

“Many African SME fund managers are by their nature quite small and first time fund managers- often SMEs themselves – and are often unable to hire, motivate and retain experienced teams. This means that by the end of  their first fund, they haven’t built the track record to attract bigger funds. So you see many of them fail to raise additional funds.”

This state of affairs provides Jacana with both its mission and opportunity. Jacana’s modus operandi is to give fund management companies the resources and expertise that will enable them to offer valuable services to their clients.

Professional support comes in the shape of veteran private equity players who give their time to support the local teams on a pro bono basis, to complement the experienced local professionals who understand their local markets.

Equally important, the partnership with Jacana enables the local SME fund managers to build an , excellent track record that will enable them to raise more funds.

“We felt that this model provides a winning formula that enables us to deliver significant value-added services to the entrepreneurs that we back and enhance the potential returns to our fund investors.” Mr Antwi-Asimeng explains.

Such partnerships, of the nature that Fidelity Capital have struck with Jacana, are currently being developed across other regions in the continent. As these evolve, what seems clear is that Accra will remain the West African hub from which the company will conduct its sub-regional campaign. This is convenient, given Fidelity Capital’s own presence in Ghana, Liberia and Sierra Leone prior to the partnership.

Nairobi, Kenya hosts a similar base from which the private equity giants seek to support entrepreneurs in the East and South of the African continent. If you discern the markings of continental ambition, you’d be sensing right. Jacana’s unabashed mission is to build a continental giant that delivers valuable assistance to entrepreneurs from as many corners of the continent as possible. Jacana, and Fidelity Capital before it, are also aligned in the vision they share of private equity’s role in the continent’s socio-economic growth. To do this, Jacana says it is keen to invest particularly in sectors that create the greatest number of sustainable jobs. This way, poverty can be reduced and livelihoods improved.

Of course, this ambition is underlined by a hard-nosed appreciation of the facts and the comparative strengths of the various approaches often put forward by understandably passionate advocates.

“I must add that we are a commercial entity and we firmly believe that making commercially viable investments is the best and most sustainable way to create growth and development in both the investee company as well as the wider community and reduce poverty.”

This resource will become more accessible to entrepreneurs across the continent as Jacana’s footprint spreads. Some of this will be manifested in a seventy-five million dollar fund that is likely to be available to entrepreneurs in the first half of 2012, to be invested in various sectors.

While all applicants are welcome, Jacana prefers to deal with sectors such as financial services, covering the broad swathe of micro-finance, insurance, savings and loans, etc; health care, be that pharmaceuticals, allied services or in direct provision of medical services; property and real estate; agribusiness; as well as service providers to key sectors such as oil and gas, telecoms, mining and others.

For SMEs, this alternative source of  financing beyond that which is available traditionally, through the banks, for example, should be a welcome respite, especially in the face of the much storied challenge of access to adequate and patient capital for entrepreneurs, particularly in Africa. Many are taking to this and find private equity is a more than ideal option.

However, there are some for which the requirement for greater accountability and transparency that accessing private equity financing demands can be a bit daunting. Even more galling is the prospect of relinquishing their status of absolute ownership.

To those who have these worries, Mr Antwi-Asimeng lays out the stark options.

“It’s good to have your own company but what you are denying yourself is a chance to grow. You can share the risk and the reward and grow. The decision comes down to whether you want all of a small, struggling business or part of a growing, thriving organisation.”?

Typically, Jacana’s investments range from one to three and a half million dollars. While startups and early stage operations are welcome, companies with two to three years identifiable track record are preferred.

Already, Jacana has helped a number of companies off the ground with some impressive results.

One is a school in the Ashanti Region which had been set up in response to a demand for quality basic education. At the time of Jacana’s entry, enrolment was at about two hundred. Now, following considerable investment, improved facilities and expanded resources , enrolment is at over one thousand, two hundred from basic to secondary levels.

The highly sought after school has fulfilled its mandate for quality education, which can be seen in the fact that not only has it returned one hundred per cent passes for all exams it has presented students in, but has also had a number of its students accepted in some of the most prestigious universities in the world including Yale, Harvard, Princeton and the Massachusetts Institute of Technology.

The school also employs nearly two hundred people, of whom about eighty are teachers. The school is a classic example of the sort of investment that Jacana favours, one that does not only deliver on the investment in financial terms, but is also a palpable tool for development, facilitates social mobility, provides jobs and overall, has a positive effect on community growth.

An investment in Diagnostic Centre  in Accra has delivered similar success, the result of which is that Ghana now has a full complement of diagnostic services including digital x-ray, MRI and CT scans. In the last six to eight months, the centre has taken some ten thousand procedures and contributed significantly to quality healthcare delivery in Ghana.

Overall, Jacana’s investments can be said to be responsible for some one thousand, five hundred jobs created directly as well as three or four times that in indirect and/or temporary jobs.

Given private equity’s youth among the asset classes, it is encouraging to see its uptake and what it can achieve.

This can only be a source of pride for Jacana which has pioneered the asset class in Ghana. Today, it is poised to make a similar mark on the continental stage with a little help, of course, from its new and passionate partners.