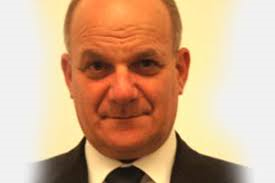 Independent Power Producers (IPPs) have maintained that until the challenges at the distribution end of the power value chain are resolved to assure them of prompt payment, they will always require some form of a guarantee.

Dr. Kwabena Donkor asked the panelists if it was not a ‘double whammy’ or a double setback for countries when IPPs keep asking for guarantees, even though their return on investment in developing countries tends to be high due to perceived political and economic risks.

The minister earlier told the gathering of energy sector investors drawn from across the globe that “innovative ways” need be found for project financing in the power sector, “that provide the same comfort lenders require to make funds available for projects” since government guarantees “are no longer available”.

Reacting to the minister’s concern, Matty Vengerik — CEO of Quantum Power, a company that is pursuing an LNG project in the country — insisted that as long as investors do not get an assurance that they will get their monies back, the issue of guarantees will remain.

“If I am not sure that I will be paid then I want a guarantee, only so I can assure my investors that things will be okay,” he said.

Also on the panel was Samuel Nana Brew-Butler, Chairman of Cenpower — developer of a 350megawatt thermal project at Kpone, a project the Power Minister acknowledged as “embodying the aspirations of local content and local participation”.

While agreeing with the minister that some projects are too small to require Sovereign Guarantees or Government Consent and Support Agreements, Mr. Brew-Buttler insisted that larger projects will need them.

With Ghana in a desperate search for more electricity, government has opened the space for private investors to come in. But while they are willing to come in, the investors are treading cautiously due to the financial weakness of the ECG, which is the power off-taker; the investors are asking for the government to insulate them from possible losses.

Almost every IPP wanting to invest in generation, and there are a lot of them these days, has asked for a Government Consent and Support Agreement; and according to the Power Minister, government will no longer grant such guarantees.

“We should therefore be looking at other innovations that are market-based to secure the necessary project finance,” the minister said at the Powering Africa Summit — which is being organised by EnergyNet Limited across Africa and in Beijing and Washington.

The aim of the summit, according to the organiser, is to provide a platform that showcases power, trade and infrastructure investment opportunities across the continent, and for participants to explore how project bankability can be increased.