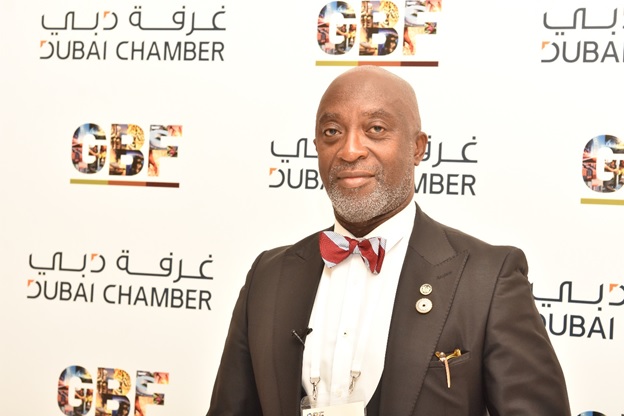 Chief Executive Officer of the Ghana Investments Promotion Centre (GIPC) Yofi Grant has made a strong case that Ghana remains the best and most-preferred investment destination, despite the country dropping two places in the latest World Bank’s ‘Ease of Doing Business’ report.

According Mr. Grant, though the latest ranking has seen Ghana drop those two places to 120 from 118, investors remain optimistic Ghana is the best place to invest their funds.

Speaking on the sidelines of the just-ended 2017 Global Business Forum in Dubai, the CEO of GIPC Yofi Grant stated: “The government of President Akufo-Addo is committed to reforming the economy in all areas to bring in the foreign direct investments needed to build the economy.

“As we are here, interestingly, Ghana remains the place investors want to put their money. We have met many of those investors who say we need reforms – most of which we have begun: like the Digital addressing system, Paperless port project to boost trade, and Paperless business registration and still counting. These reforms we will ensure are done to make Ghana a better place to do business.”

Mr. Grant added that Ghana remains attractive and will continue with the aggressive reforms approach taken; especially in the area of Property registration, as that is one of the areas that affected the country in the rankings.

In the latest Doing Business Report released by the World Bank for 2018 – which is themed ‘Reforming to Create Jobs’, comparing business regulation for domestic firms in 190 economies across the world – Ghana is ranked 120 with a score of 57.24 behind Bahamas and ahead of little Belize.

Doing Business measures aspects of regulation affecting 11 areas in the life of a business.

Ten of these areas are included in this year’s ranking on the Ease of Doing Business: starting a business, dealing with construction permits, getting electricity, registering property, getting credit, protecting minority investors, paying taxes, trading across borders, enforcing contracts, and resolving insolvency.

Doing Business also measures features of labour market regulation, which is not included in this year’s ranking. Data in Doing Business 2018 are current as of June 1, 2017. The indicators are used to analyse economic outcomes and identify what reforms of business regulation have worked, where and why.

Sub-Saharan Africa has the widest variation in performance among the areas measured by Doing Business, with Mauritius standing at 25 in the rankings and Somalia at 190.

According to the Doing Business Report, Ghana increased the transparency of dealing with construction permits by publishing regulations related to construction online free of charge, but that was not good enough to have the country move up or stay at where it was initially.

Ghana is said to have not done well in the area of resolving insolvency, which affected greatly its ranking in this year’s report.

Meanwhile, the CEO of the GIPC Yofi Grant said there is over US$10trillion investment funding available for countries with better reforms to attract, and Ghana has positioned itself as the safest place for these investors to bring their funds.

“As we speak, government continues to engage in significant reforms which we believe will feature significantly in attracting investors to Ghana, and in the next business rankings. In the rankings it is about your competitiveness, and we are ready as a country,” he said

The AGBF event, organised by the Dubai Chamber of Commerce and Industry, on the theme ‘Next Generation Africa’, explores opportunities to increase cooperation and boost trade and investment ties between the Middle East and the African continent.

The Global Business Forum series, launched by the Dubai Chamber of Commerce and Industry in 2013, focuses on Africa, the Commonwealth of Independent States (CIS) and Latin America. To date, the series has hosted 10 heads of state, 74 ministers and dignitaries, and 5,400 executives as well as a host of influential decision-makers from 65 countries around the world.