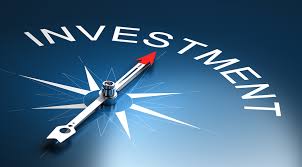 A new report released by the Bank of Ghana(BoG) on the country’s banking sector performance shows that the largest component of assets of banks, that is investments, recorded a growth of 7.2% as at February 2020.

According to the Bank of Ghana’s latest banking sector report, though investments as a share of banks’ assets grew to 46.57 billion cedis, the increase of 3.12 billion cedis between February 2019 and the same period in 2020, is about three times lower compared to the over 10 billion cedis rise recorded in the previous year.

This means that allocations to bills, securities and equities between February 2019 and February 2020, declined.

This the central bank attributes partly to a reflection of the base effects of the special (long-term) resolution bonds issued to Consolidated Bank Ghana.

Meanwhile, the total assets of the banking sector stood at 128.33 billion cedis in February 2020.

This represents a year-on-year growth of 17.8 percent compared to 14.5 percent recorded in February 2019.

The regulator attributes this development to strong growth in both domestic and foreign assets.

This came after a restrained growth of 1.9 percent a year earlier.

Similarly, net loans and advances which is obtained after adjusting gross loans for provisions and interest in suspense, grew by 27.2 percent to 40.47 billion cedis.

The regulator believes that this growth is underpinned by the positive impact of higher capital levels and sustained deposit growth in supporting financial intermediation, which is ensuring that persons in need of financial assistance get same from increased deposits from those with excess funds