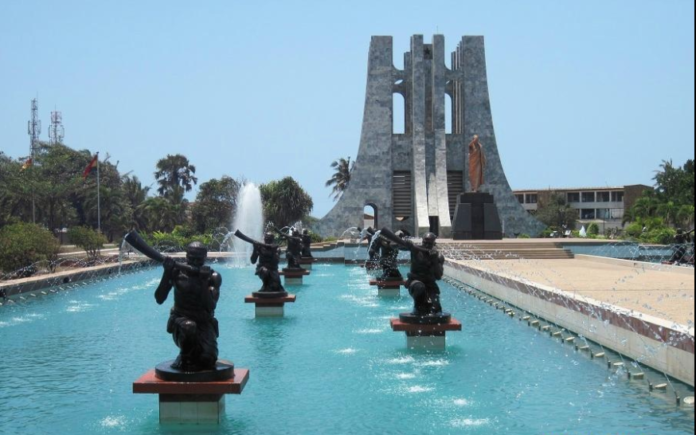 An investigation by the B&FT has shown that both local and foreign tourists are shunning museums in the country due to their poor state and inadequate artefacts – with one Ghanaian visitor to the National Museum calling it a “national disgrace”.

A visit to three museums – the National Museum, Nkrumah Mausoleum and the Science Museum – in Accra confirmed the complaints and dissatisfaction of tourists.

At the time of our visit to the National Museum, though currently closed for renovation, there were only two foreign tourists who had visited as at 11 am.

Ironically, this period (July to October) is supposed to be the peak season for visits. So, for renovation works to be taking place during the peak season illustrates and possibly explains the lack of patronage this paper has observed.

The National Museum, which was constructed in 1956 and officially opened on March 5, 1957 – a day before independence, has in stock chief’s regalia, gold weights, indigenous Ghanaian musical instruments, beads, sculpted pieces in different media, Senfu masks from the Ivory Coast, Bead-ware from Southern Africa, among others.

At the Science Museum, there were no tourists present at the time B&FT visited. That was not surprising though, as there is nothing of note to write home about there. Visible in this museum are a gramophone, the first pinhole camera in Ghana for display, and an arsenal around the car park.

Then at the Nkrumah Mausoleum, which is supposed to be the burial ground of Ghana’s first president, Osagyefo Dr. Kwame Nkrumah, there are a few of his belongings on display.

His two grand-pianos from Peduase, a grandfather-clock, the smock he wore to declare independence, letters he wrote to his first son while in exile in Guinea, a trunk, pictures taken at his funeral in Guinea, as well as books he authored were also on display.

Even the ticket at the gate is old-fashioned. and still has the former cedi denomination printed on it as the fee.

The Nkrumah mausoleum, according to Mohammed Awell Yigan-a tour guide, is supposed to have about 1,000 visitors daily. However, on Saturday, September 22, 2018 – a day after Nkrumah’s birthday which is a holiday in honour of him – there were just over 100 visitors present at the time of our visit.

Mr. Yigan further explained that attendance at the Mausoleum is always high from July to October every year, and dwindles till it picks up again in December.

He added that government has, over the years, paid next to no attention to the mausoleum – for which reason its managers have had to rely heavily on donations from Nkrumah’s family and friends to stock and manage the place.

“I am sure if the mausoleum is given the needed attention more tourists would be interested in visiting this place,” Mr. Yigan said.

His comments are backed by research conducted by Artwatch Ghana in 2016, which revealed that government allocated a paltry GH₵2,000 for administrative expenses for eight museums in the country.

The research further indicated that some museum building projects have been abandoned since the 1970s; and that the museums generally lack the capacity, funds, logistics, human resources and influence to even attempt a collection-drive of artefacts.

Some tourists shared their views regarding the poor state of museums in the country, with many decrying government’s lack of attention to them.

One tourist, a pan-Africanist, called the state of the country’s museums a national disgrace.

“The national museum is a disgrace to the nation for such an educational edifice to be neglected. Many of the things in there are so primitive and only highlight certain cultures, and that does not speak well of us. I also think that the space should be expanded. For a national museum, we need more space to contain artefacts that highlight our history,” he said.

A Nigerian tourist also expressed her disappointment in the fact that what she saw at the Nkrumah Mausoleum did not in any way befit the pedigree of man acknowledged as the best African of the millennium.

“I heard from a friend that one of our former presidents planted a tree together with Nkrumah here, and so I was expecting to see it. But I have found out there is nothing like that,” she said in resignation.
The lady’s disappointment shows the there is lack of proper education and information about the mausoleum.

What other countries are doing differently

In 2013, the Rijks Museum in Netherlands was opened after a 10-year renovation project that cost €375million, with 8,000 art and history artefacts, and a collection of one million objects from the period spanning 1200-2000.

In 2017, the museum in Brighton, UK, allocated a heritage fund to build up Ghanaian textile and Fashion collection from the 1960s to the early 21st century in their museum.

The State Heritage in Russia boasts 70,000 square feet, with 4.1 million visitors annually. This edifice was established in 1764 and houses over 3 million pieces with works by Picasso, Da Vinci and Rembrandt.
What these imply is that in most countries where tourism is taken seriously, funds are allocated by government to restock and maintain museums and other tourist attractions.

If the government of Ghana is able to emulate some of these examples, it is obvious that tourism will be boosted and patronage will be high at the country’s 23 museums.