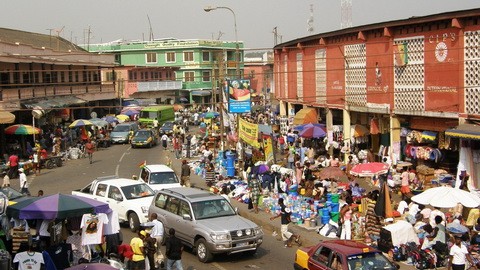 The national year-on-year inflation rate for April 2020 hits 10.6%, which is 2.8 percentage points higher than last month, the Ghana Statistical Service has said.

These are highest recorded year-on-year and month-on-month inflation rates since the CPI rebasing in August 2019.

Inflation rates for Food and Non-Alcoholic Beverages was at 14.4% and Housing, Water, Electricity, and Gas at 11.2%.

In the previous eight months, this contribution was on average 44.1%.
Month-on-month Food inflation stood at 6.4%, meaning that between March 2020 and April 2020 the average price level of Food and Non-alcoholic beverages increased by 6.4%.

Within the Housing, Water, Electricity, and Gas Division (+11.2%), the Subclasses ‘Solid Fuels (16.7%)’ and ‘Materials for the Maintenance and Repair of Dwelling (13.1%)’ recorded the highest inflation rates.

At the regional level, the overall year-on-year inflation ranged from 2.3% in the Upper East Region to 15.1% in Greater Accra.

Greater Accra (20.8%) and Ashanti (18.2%) had the highest rates of Food inflation, while Eastern Region saw the highest Non-food inflation (12.5%). Upper East, Northern, Eastern, and Central Region experienced higher NonFood than Food inflation, the opposite was true for the other six regions.