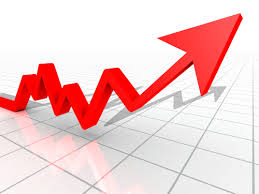 The Economist Intelligence Unit (EIU) has poured cold water on any hope for another policy rate cut during the rest of the year, citing elevated inflation forecasts as the main reason.

In its July Country Report for Ghana, the EIU says it expects inflation to hit around 9.6 percent by end of 2019, giving little or no chance of easing monetary policy.

“Monetary policy in Ghana has historically been volatile. In January 2019, the monetary policy committee of the Bank of Ghana (BoG) reduced the policy rate by 100 basis points from 17 percent to 16 percent. Inflation is forecast to remain elevated in 2019 – moderating slightly to 9.6 percent from 9.8 percent in 2018, suggesting that rates will not be cut further over the year,” the EIU report said.

This means that the January cut in policy rate by 100 basis points to 16 percent may well be the last time the rate sees a downward adjustment this year as far as the EIU’s forecast is concerned. The Monetary Policy Committee of the Bank of Ghana has, on two consecutive occasions, maintained the policy rate at 16 percent after the January cut.

The last time the Committee met, in May, it cited exchange rate pass-through effect that has slowed the disinflation process as reasons for keeping the rate stale at 16 percent. Within that period, inflation increased by 0.5 percentage points from January to hit 9.5 percent in April.

“On the inflation outlook, the Committee noted that the recent exchange rate pass-through has slowed the disinflation process, leading to a slightly elevated inflation profile as shown in the latest forecasts. However, core inflation remains subdued and inflation expectations fairly anchored.

“Under the circumstances, the Committee decided to keep the policy rate unchanged at 16 percent. The Committee will continue to closely monitor both global and domestic developments, and stands ready to take appropriate measures, if necessary, to maintain price stability,” said Chairman of the Monetary Policy Committee of the Bank of Ghana, Dr. Ernest Addison.

Since April, however, inflation has eased a little bit as it has declined by 0.3 percentage point to record 9.1 percent in June.

The Monetary Policy Committee of the central bank is again set to meet and decide on another policy rate, with an announcement expected on Monday, July 22, 2019.

Commenting on what his expectations are from the Committee’s meeting, a Senior Economist at the University of Ghana, Dr. Ebo Turkson, said judging by the current decline in inflation by 0.3 percent, there is a case for a policy rate cut – but it will depend on other important factors as well.

“Once inflation is still declining, it makes a good case for a policy rate cut; but there are other factors that also go into deciding on the policy rate. The strength of our cedi against the dollar and other major trading currencies will also be a determining factor, so it is not just the inflation. Of course, inflation is the most important of them; once it is declining you should expect a policy rate cut. But in the worst-case scenario, the policy rate will be maintained,” Dr. Turkson told the B&FT in an interview