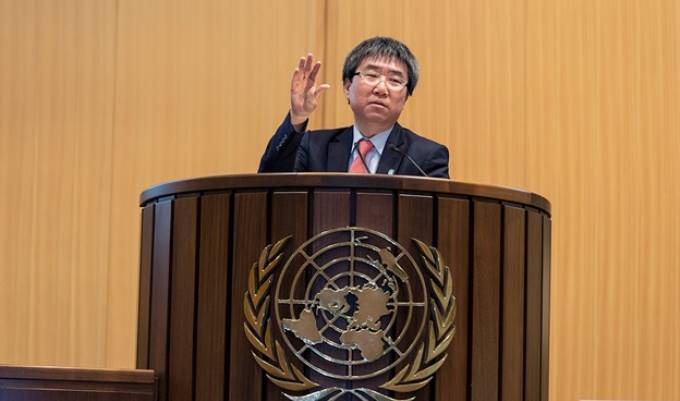 Renowned economist Ha-Joon Chang has reiterated call for industrialisation as an imperative for Africa’s transformation at the African Development Week organised by the Economic Commission for Africa in Addis Ababa, Ethiopia.

Mr. Chang, who was a special guest at the conference, argued that industrialisation is a key imperative for African economies to develop. Among the reasons given, he explained that manufacturing is the “learning centre of the economy”, with the ability to boost other industries.

“It has never been the act of making things, but the control over superior productive knowledge that is the key to economic prosperity,” he explained.

The outspoken economist has often argued that developing countries need to protect their young industries in order to succeed, citing examples of Asian economies like Japan and Korea between the 1950s and 1980s.

“Most developed economies have succeeded in growing their economies because of their infant industries,” he said.

He added that “Economic development requires export success since it requires the importation of advanced technologies that needs to be paid for with foreign currency, which is acquired mainly through exports”.

While pointing out that exports are the key to economic development, he demystified free trade agreements, which he said have not necessarily been beneficial to African economies.

Chang stressed the necessity for African governments to develop their own industrial policies in order to successfully transform.

“Developing countries need to upgrade within Global Value Chains and eventually create their own GVCs which require industrial policy.”

Ha-Joon Chang teaches economics at Cambridge University and has vast experience in the field of development economics.

Some of his publications are ‘Kicking Away the Ladder’ and ‘23 Things They Don’t Tell You About Capitalism, and Economics’.

After the lecture, Chang’s new book ‘Smart Industrial Policy for Africa in the 21st century’ was launched alongside the ‘2016 Economic Report on Africa’.

Mr. Carlos Lopes, Executive Secretary of the Economic Commission for Africa, explained that much of ECA’s inspiration for work on industrialisation comes from Mr. Chang.

“He provides an excellent mix of history and economics by bringing to us the experience other countries have gone through in their development experience.”