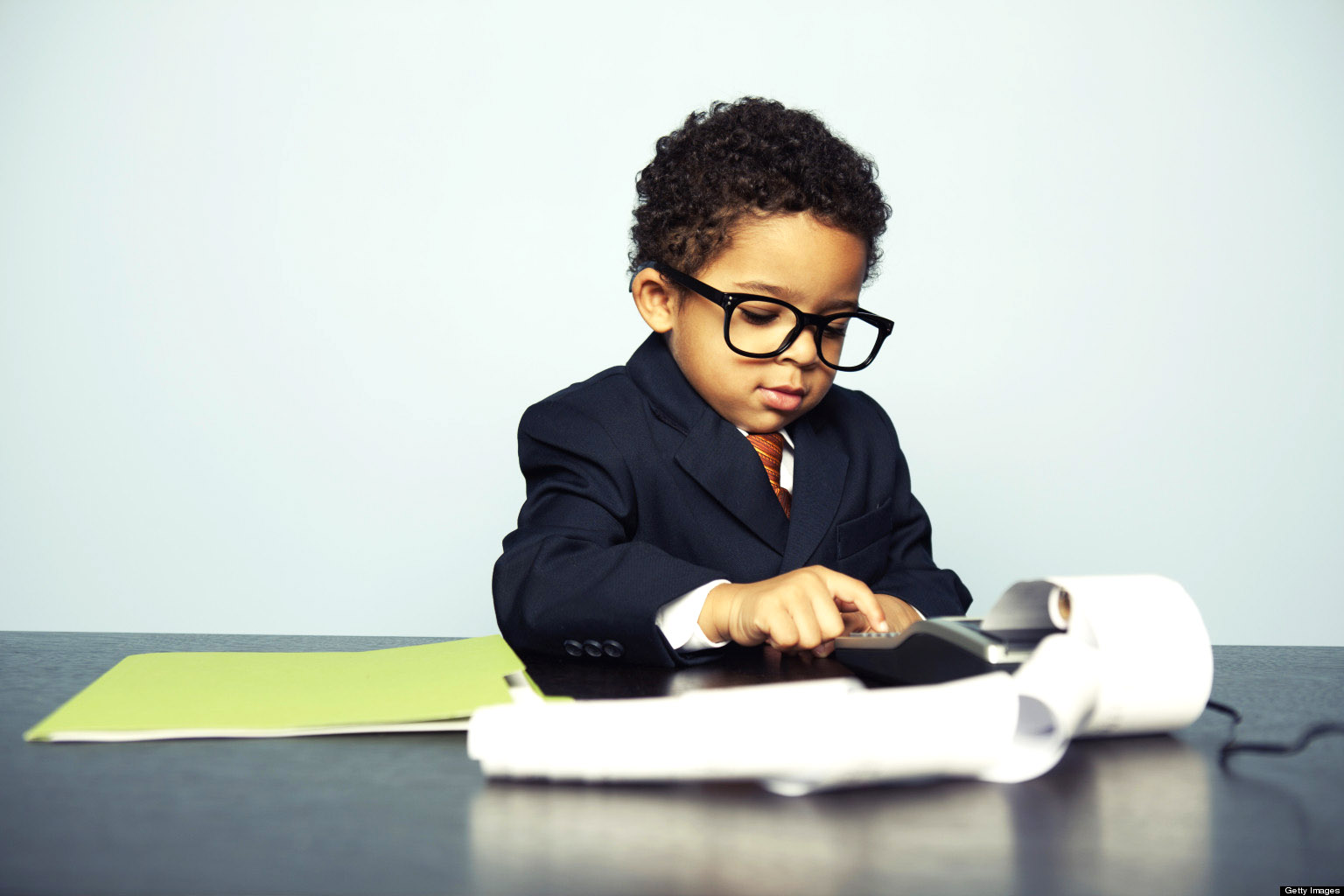 Homepage » Political » In today’s Ghana, if accountability were a lady, she may not find a suitor!

In my article in the last issue of this magazine entitled ‘Where Are We Going?’, I ranked the lack of accountability as our biggest leadership failing in Ghana, by my estimation. In this new article, I’m highlighting what we stand to gain as a people when we give accountability its due place in the fabric of our everyday dealings. If accountability were a lady, how miserable she would be! Why? I’ll tell you why.

I have expanded my earlier definition of accountability to the following; the obligation of an individual or organization to account for its activities, accept responsibility for them, and to disclose the results in a transparent manner. It also includes the responsibility for money or other entrusted property; taken from The Business Dictionary.

I also made the point that, for anyone to submit himself to accountability, he usually acknowledges the existence of authority and hierarchy (below and above); he also appreciates that people are paid for the problems they solve and accepts that he’s part of a larger team with targets to deliver.

Accountability is known by all, but least wanted. Politicians tout her name daily, not because they care about her but because they use her name for political capital only.

Lawmakers make it a must to accommodate her in their statute books but that is where it ends; only present in the statutes. At the least provocation, they look her up to show to the world that they considered her important enough to field her in the statutes.

It is as if when senior public officials are appointed into office, they get a stern warning to ignore the pages where accountability lives. Yet, when they fail woefully to execute their mandates, they cry over issues that accountability has been trained and prepared to deal with.

The disdain for Accountability is present wherever workmen find leadership loose enough to overlook her value. The following examples should help my case;

In today’s Ghana, there are educational institutions who, through negligence, fail to register pupils who have duly paid for national exams and they get away with it. Doesn’t the Education Ministry’s mandate include protection of such short-changed pupils? And so who’s watching over whom?

In the morning of a typical working day in Accra, when workers are finding their way to work, you experience blatant abuse of road use especially by the security agencies, notably the Police; any police car or sometimes a private car driven by a police officer is apparently on ‘emergency duty’ blurting its siren and hurtling down the road in a manner that is such a nuisance and danger to road users. It is my strong belief that security officials are aware of this, and yet the practice continues to this day. No wonder some opportunistic drivers take a cue from this and do same, and they also get away with it. Where does one seek for a solution to this?

In our tertiary institutions, we hear about stories of students who pass exams that accountability wouldn’t endorse if given the chance to investigate and yet these students are awarded certificates that employers are supposed to believe.

Compare this to a recent news item that I read online in which a female teacher at a US High School had been arrested and put on trial because she was found to have awarded marks to a student who didn’t deserve it. Apparently she had been sexually involved with the male student. How was this determined? You ask; a regular school inspection found that the boy’s exam score was not consistent with his class work scores, and an investigation into this led to the above revelations. And even though the teacher had resigned before the inspection took place, the law wouldn’t spare her. That is what accountability achieves when given hands to hold.

What does it take to hold one another accountable?

Why is it so difficult for us to hold one another accountable? Is it a cultural failing or just fear of being perceived as ‘wicked’?

Holding people accountable is a basic management task under the controlling function. Work is undertaken to achieve a result not just for the sake of it. As such, the output of a person must be compared with the expected result. The essence of the comparison is to determine the reasons for any deviations and take corrective action; the corrective actions should then drive performance closer to the expected result or exceed it. It is only when set targets are consistently achieved or exceeded that work can be described as successful. It is therefore the responsibility of every manager (be it supervisor, team leader, unit head, departmental head, group head or CEO) to ensure that this basic protocol prevails at their level of operation and indeed at every level of the organisation. This important discipline is needed in every venture or enterprise if it is to succeed; in the home, in the church, in social clubs, in the firm, in NGO’s, in civil society organisations, in war, in experiments, in relationships, and obviously in Ghana’s government.

Accountability in the workplace

Workers are hired to perform tasks or duties, and they are paid for their services. A salary is earned when work is done to the expected level or result. For the protocol of accountability to be respected, it is required of managers to spell out at the onset of a given period the target output expected and when that output would be measured and documented as the level of performance of the individual. The worker is then made to commit to it by acknowledging that they are aware of and accept the target output level. Where there are disagreements, these are thrashed out at the onset. It is the right of a worker to receive reasonable and adequate justification for the target output expected from them. If this discipline is respected, when the day of accountability comes, there shouldn’t be any arguments about what the targets were and what has actually been delivered. The above process captures in simple terms what is known as the appraisal or performance management process.

In progressive organisations that are truly committed to achieving profitability and service excellence, accountability takes place all the time. At the end of a given period daily, weekly, fortnightly or monthly as the case may be for different types of businesses, they hold a meeting and review work done within the period. Where there are shortfalls in achievement, corrective actions are agreed upon and taken. Where targets are exceeded, lessons are shared and more energy is put behind the winning strategies; and these have enormous benefits for the company. By this practice, workers are not left to run on their own alone until ‘judgement day’. If that happens, not only will the workers fall short of their targets but the entire business suffers, and nothing is learned. From the foregoing, the benefits of holding one another accountable are numerous. They include the following; the quality and adequacy of work is under regular scrutiny, leaving little or no chance for shoddy work; the worker is kept on his toes since he knows he has to account for his stewardship at the next review session; the review meetings compel all team members to think of creative ways of catching up on targets before it’s too late; they also challenge them to explore ways of achieving what seems impossible; where targets are exceeded, the shared lessons benefit all team members; since communication about work performance is regularly shared, there is no excuse for not knowing, among many other benefits.

Are there any prospects for accountability?

In a recent chat with Miss Accountability, I could feel her pain. Years of rich and rigorous training and passion borne out of youthful exuberance are all bottled up in sheaves of paper and words made useless for want of hands. Is it that she is not important enough to be noticed? Of course not! The irony is that politicians would stand a chance if they did not mention her name as if they were bedfellows; lawmakers would lose their credibility if they did not show how much they revered her; public officials would not have a basis for attracting funds to finance any government business if they did not give her due place in their documents. Yet for selfish gain and political expediency, these acknowledgements of her are just for show, at least in most institutions of governance and business in Ghana.

I wish these people knew what they were missing by ignoring her. There are indeed some institutions, arguably mostly private companies and quasi-government institutions in Ghana who have tasted her, and they will tell you they cannot do without her any more. She stands tall and elegant in her element. Like the profound Akan proverb, she is like a blanket, when she comes near, you feel hot, yet in cold weather you cannot do without her. She looks mean yet demonstrates absolute fairness; she just does her duty and does not seek to impress. If you steal, she’ll catch you, if you cut corners, she’ll expose you. She works by holding, and her embrace is what I guess scares many who are not sure whether it would be a squeeze or a caress.

But if you’re a true leader, patriotic enough to want to save Mother Ghana unwanted losses, faithful enough to do right when no one is watching, patient enough to wait for your God-given day to serve country, humble enough to allow for her regular visits, even when you don’t feel like having her, you’ll actually look forward to her warm and loving embrace. It takes real men and women to face her, those whose foresight go beyond their years, are selfless to a fault, do not have the word ‘greed’ in their dictionaries, do not compete with anyone but against the untapped potential of Mother Ghana, and who cannot stand weak institutions, especially those that have been deliberately made so for selfish gain.

On behalf of Miss Accountability and her family, I post this vacancy announcement;