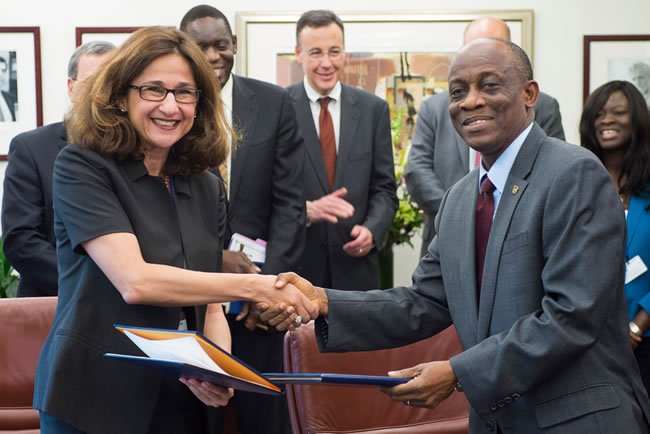 Homepage » Economic » ‘IMF facility is not a loan agreement’

The chairman of the Finance Committee of Parliament, James Klutse Avedzie has said that recalling Parliament back to rule over the IMF facility is a waste of public money while maintaining that IMF facility is different from the normal loan agreement.

“I reject the call by the minority for recall of the IMF deal because it is very expensive to recall Parliament. It is a waste of public money” he expressed in an interview.

According to him, the IMF facility is not a normal loan which is usually disbursed to Government after parliamentary approval.

“It is a facility to support government to stabilize the economy and are therefore only disbursed upon meeting prior conditions stipulated in the agreement”.

The Minority in Parliament have demanded that the International Monetary Fund (IMF) should stop the disbursement of a US$918 million loan to Ghana saying it was not approved by Parliament.

However, Mr Avedzie explained that, “the facility is disbursed after IMF’s assessment of the performance of the economy. It is therefore not the loan agreement being referred to in article 181(3) of the constitution”

A member of the Finance Committee of Parliament and MP for Effutu Afenyo Markin, stated that Article 181 (3) of the constitution of Ghana states

The MPs accused government of violating the constitution by failing to seek parliamentary endorsement for the credit facility and asked the speaker of parliament to recall the House from recess to act on the matter.

They threatened to go court if the executive failed to rectify the anomaly by close of this month to ensure that “the sanctity of the constitution is protected.

“We demand that this exercise be undertaken not later than the end of this month, September, 2015,” said Afenyo-Markin.

“We reserve our right to use all avenues to ensure that the sanctity of the Constitution is protected should the government be adamant. We further call on the IMF to cease further disbursements on the ECF until Parliament has approved of the Facility”

“In fact, we are surprised that the IMF, with all its experience in the surveillance of its programmes, will condone such an egregious act by the government of Ghana,” he said.

The loan was approved by the IMF executive board on April 3 this year and it would be disbursed over a three year period.

The IMF has subsequently, disbursed over US$200 million out of a total of US$918 million under the current bailout arrangement to Ghana.

They first released about US$114 million and later, US$116 million after assessing how Ghana was performing.