Stakeholders in the housing industry have proposed the need for joint venture investments as a means to reduce the current housing deficit facing the country.

Ghana currently has a housing deficit of about 2 million, and according to players in the industry, if serious measures are not taken to curb it, the country will in the next coming years turn into a slum country.

This was made known at a roundtable discussion organised by the Inclusive Business Action Network (IBAN), in partnership with Accra-based Citi FM, the World Bank and the GIZ.

An urban development expert, Dr Kwadwo Ohene Sarfoh said it is an undeniable fact that government cannot solve the housing deficit facing the country, hence it was time for the private sector to get busy.

He said the issues of affordability for low level income earners must be addressed by the real estate developers since what is given to the populace as affordable is not the reality. 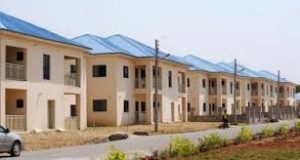 He explained that affordable housing is based on 30% fraction of the gross income of the targeted buyers, therefore if houses are sold above such amounts, it does not give meaning to the affordability preached.

He also called on churches and other professional groups like teachers, nurses and journalists to partner financial institutions and estate developers to also provide housing for their members.

According to the real estate developers, “Affordability is relative and hence affordable housing is decent accommodation with at least wet areas that meet the target group.”

An architect, Tonyi Asare said there must be a comprehensive land planning system to ensure the proper use of lands in various sites.

He said although there are talks about affordable housing, nothing is being done for the informal sector to assist it get the needed affordable houses.

Mr Agyenim Boateng of HFC Boafo called on financial institutions to engage slum dwellers since the level of default and risk is minimal than those in the formal sector.