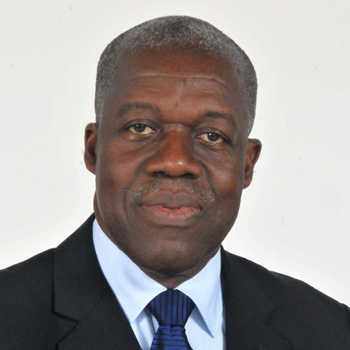 Homepage » Economic » Have confidence in the Ghanaian economy – Veep

Vice President Kwesi Amissah-Arthur has  appealed to French businesses not to allow their interest in the local economy wane due to current challenges the country is facing.

According to him, the current challenges are only short-term in nature whereas the long-term prospects are very bright.

Mr Amissah-Arthur made the statement when he inaugurated the French Chamber of Commerce and Industry, Ghana (FCCIG) in Accra.

The FCCIG which was recently established in Ghana is an association of companies and professionals belonging to different sectors with the aim of fostering bilateral trade and investment between Ghana and France.

He said government is working to resolve the present economic challenges, which include a falling local currency, an unstable power supply as well as a large budget deficit.

According to him, government is committed to working to ensure the sub-regional economic block, ECOWAS, is developed into a large market where investments could take place.

He said the ECOWAS Vision of integration is important to Ghana, and as such the nation will work to ensure that we generate the kind of programmes the EU has been able to achieve.

Mr. Fredrick Clavier, France Ambassador in Ghana, noted that the deepening of Ghana’s democratic culture and the quality of its human resource, continue to inspire a lot of confidence in the economy.

He said, in spite of the various reforms initiated by government, Ghana still remains the preferred and attractive investment destination in the West Africa sub-region.

He said the French Chamber of Commerce and Industry would help raise the level and the quality of bilateral trade between Ghana and France to about 1.7 billion dollars.

Mr Clavier noted that, at the moment, several French companies are actively participating in many sectors of the Ghanaian economy, such as agro foods, industries, banking, etc, as well as the signing of high valued contracts for the supply of electrical equipment or services, fibre Optics, mobile telecommunication and information systems.

The objective of FCCIG, he said, is to have more French investments in Ghana, as well as develop the links between the SMEs in the two countries in order generate employment opportunities for the countries.