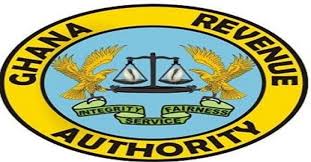 The Commissioner-General of the Ghana Revenue Authority (GRA), Mr. Emmanuel Kofi Nti said: “At the political level, I can say that we have the commitment of the Presidency itself.

“The President and his Vice are committed to fighting corruption and one thing that encourages me most is that I have his support and because of that people are unable to come in and corrupt me.”

Mr. Nti was speaking to global tax authorities at a capacity building workshop on countering treaty and transfer pricing abuse in Accra.

The event, organised by the GRA, was aimed at creating the platform for the exchange of ideas on how to find an antidote to transfer pricing abuse which contributes significantly to Illicit Financial Flow (IFFs).

“There is great collaboration now and we are sharing a lot of counter corruption ideas,”he said.

He explained that some of the measures include building the capacity of staff of the authority to enable them to detect and deal with the abuse of treaties and partnering the  (EOCO), anti-corruption agencies and international and regional organisations to trace the sources of revenues and incomes.

Available data by the United Nations Economic Commission for Africa, states that Africa continent is estimated to be losing more than US$50 billion annually through IFFs.

Although there are no figures to trace as to how much Ghana loses through IFFs, Mr. Nti confirmed that the country is recording some losses.

“I cannot put my finger on the exact amount the country is losing because of lack of data, but we are aware that we are incurring some losses. It’s a bit of a challenge for the GRA and that is why we are having this conference to look into the issues and deal with them,” he said.

Mr. Nti indicated that finding solutions to the issue of illicit financial flows calls for collaboration between governmental and public institutions, particularly the judiciary, tax administrations, anti-corruption bodies, civil society organisations and businesses, adding that a multi sectorial approach is required to enable African countries find solutions to the problem.

To enable Ghana deal effectively with some of the sources of illicit financial flows, he explained that Parliament passed the Transfer pricing regulation legislative Instrument (LI) 2188 in 2012 based on the repealed Internal Revenue Act 2000, Act 592.

Subsequently, the Ghana Revenue Authority set up the Transfer Pricinfg Unit in 2013. GRA has over the past three years effectively built the capacity of staff of the Transfer Pricing Unit to handle all transfer pricing issues, however, complex.

GRA, in addition, has also over the years built the capacity of staff of the legal and tax treaties department in the area of tax treaty negotiations to ensure that Ghana gets the best in international tax.

This, he said, is aimed at adequate preparing the GRA to help track and deal with the sources of illicit financial flows in the system.

“Now that we have a unit established to look into IFFs, the GRA is determined to use all avenues possible to deal with the problem,” he stressed.

He said the work done at the transfer pricing unit had unearthed a lot of issues regarding financial flows and that measures were being put in place to deal with all of them.

Mr. Jeffrey Owens, Co-Director of the Tax and Good Governance Project at the Institute for African and International Tax Law, indicated the need for African governments to show the political will in dealing with IFFs, adding that without the support and determination of governments, it would be extremely difficult to combat IFFs and other illegal activities on the continent.

“Just think of the number of Schools, roads, and hospitals that could be built with this amount of money. So our project in a sense is meant to help African countries address this issue,” he said.

“We have seen a movement towards getting a higher standard both from the money laundry side and the tax side but to make progress we need strong political support right from the top.

From the president from the Prime ministers of different countries because without that support we are not going to be able to address that issue.

In particular the issue of identifying who are the ultimate owners behind holding companies, behind the trust, limited liability, partnerships, and foundations. Unless you know own this kind of opaque businesses then you can’t do very much about it,” he said.

Ms. Melissa Tullis, United Nations Office on Drugs and Crime (UNODC) said The coalition against corruption, which is an agreement by the member states and the parties involved to fight and prevent corruption has articles dealing with asset recovery of proceeds of corruption.

She mentioned that countries that are serious about fighting corruption must re-enforce the culture of lawfulness as this will indicate the country’s political commitment towards fighting the illicit financial flow.

“If the majority of the citizens in a given country are incorruptible and they are doing their bit to fight corruption, then we will go a long way to fighting IFF and fighting corruption.

Also is civil servants, because if you have access to service and you have asked to be bribed before you issue a passport or a birth certificate, if you deliberately delay issuing official documents to citizens most of who pay taxes, if you are denying them those services because you want to be bribed, then the culture of unlawfulness will remain that erodes development, it erodes efforts to reduce poverty and it erodes prosperity,” Ms. Tullis remarked