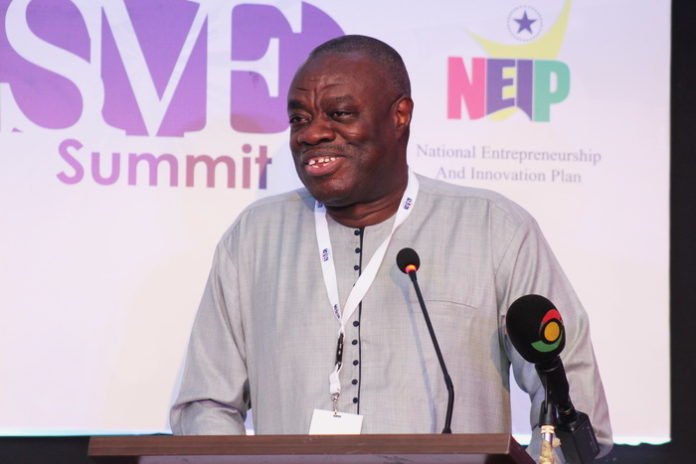 The government has started the process to train 26,000 young entrepreneurs across the country under the third phase of the Presidential Business Support Programme (PBSP).

The Minister of Business Development, Dr Ibrahim Mohammed Awal, who made this known in Accra yesterday, said up to 5,000 of the beneficiaries would receive soft loans from a GH¢50 million fund that had been set up for the programme to start or boost their businesses.

“We are going to build the capacity of 26,000 Ghanaian start-ups and small businesses, out of which we will select 5,000 of them to receive funding of about GH¢50 million to boost their businesses so that they can create jobs,” he told the Daily Graphic at the launch of the programme.

He said the PBSP, which is the brainchild of President Nana Addo Dankwa Akufo-Addo, was a necessary intervention to create the right ecosystem for entrepreneurship in the country.

About 60 per cent of Ghanaians are below the age of 30, and although most of them have good ideas, they don’t have money or the collateral to go to banks for loans, so the President decided to launch this programme to train them and give them funding to start their businesses or scale them up,” he said.

Dr Awal explained that the loans would be given at a 10 per cent interest to beneficiaries who successfully completed the training programme.

Beneficiaries would receive a minimum of GH¢5,000 in soft loans and a maximum of GH¢50,000, unlike in the first and second phases of the programme when the beneficiaries received GH¢10,000.

The Chief Executive Officer (CEO) of the National Entrepreneurship and Innovation Plan (NEIP), Mr John Kumah, who outlined the modalities for selecting the beneficiaries, indicated that 100 would be selected from each of the 260 districts in the country.

He urged the youth to take advantage of the programme to develop their ideas into profit-making ventures, adding that the process had been made more flexible to enable everyone, irrespective of his or her location in the country, to apply.

“Every young person with a business plan can apply for the support because now we are moving it from online to every district, so that those in the rural areas can also apply,” he said.

He said the growth of small businesses was pivotal to the vision of the government.

Asked if previous beneficiaries were qualified to apply for support under the current phase, he said only beneficiaries who had successfully repaid their loans would be considered.

However, Mr Kumah explained that beneficiaries who went through the previous phase of the programme but did not receive loans could reapply.

“If you received training but not funding, then you can reapply all over again,” he said.

Touching on the success of the previous phase of the programme, Mr Kumah said about 19,000 business owners had already been trained, with the number of trained beneficiaries having collectively created more than 90,000 jobs across the country.

He said most of the beneficiaries were well-grounded in their businesses due to the mentorship training that was offered to them as part of the PBSP.

“Once you are selected for the programme, you are given a mandatory three-year mentorship, and because of that we get about 70 per cent recovery rate. So although the recovery rate has been slow this year because of the COVID-19, most of them are doing very well,” Mr Kumah added.