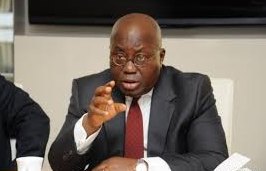 The government is to offer financial support to 3,000 young Ghanaian entrepreneurs to help them grow their businesses under a Presidential Business Support Programme (PBSP).

The Minister of Business Development, Dr Ibrahim Mohammed Awal, who announced this at a Meet-the-Press series in Accra, explained that the support formed part of government’s initiative to inculcate the culture of entrepreneurship in the youth.

Under the PBSP, beneficiaries will also be trained in structured entrepreneurship and business planning and development skills, global competitive marketing and how to access funds from international sources.

“The importance of this is within the context of Ghana now being part of the global African market.

Ghana is hosting the secretariat of the Continental African Free Trade Area (AfCFTA), made up of 1.2 billion people, creating over $2 trillion per annum in trade and investment. Ghana cannot benefit from this if we do not prepare our young people.”

Dr Awal also stated that as part of the government’s effort to increase agribusiness uptake among the youth, 75 greenhouse domes had been built at Dawhenya in the Greater Accra Region to train young entrepreneurs in agribusiness.

According to him, 920 jobs had been created under the greenhouse project so far.

The minister added that a branch office of the World Business Angel Investment Forum (WBAF) was recently launched in Accra.

He said not only was it the first in West Africa, but that the establishment of the office would also help link Ghanaian entrepreneurs to the global organisation’s network.

Dr Awal also indicated that plans were in place to build the capacity of metropolitan, municipal and district assemblies to make them entrepreneurial and marketing-oriented to contribute meaningfully to the country’s development.

The minister said his outfit, in collaboration with the Ministry of Gender, Children and Social Protection, also intended to train 2,000 female porters (kayayei) to improve their business skills, saying “we think they can do their businesses well if we train them.”

According to Dr Awal, the government and its partners had engaged the porters to understand their peculiar needs in order to provide tailor-made training programmes that would be of benefit to them.

The minister further stated that the ministry had provided financial support to 2,000 women entrepreneurs to build their capacity to improve their businesses.

It has also supervised the training of 2,000 young entrepreneurs nationwide in partnership with the Institute of Creation and Development of Enterprises (INCYDE) of Spain.

The ministry had also helped in the formation of entrepreneurship clubs in some tertiary institutions in the country as part of a Student Entrepreneurship Initiative (SEI) under which 15,000 students are members.