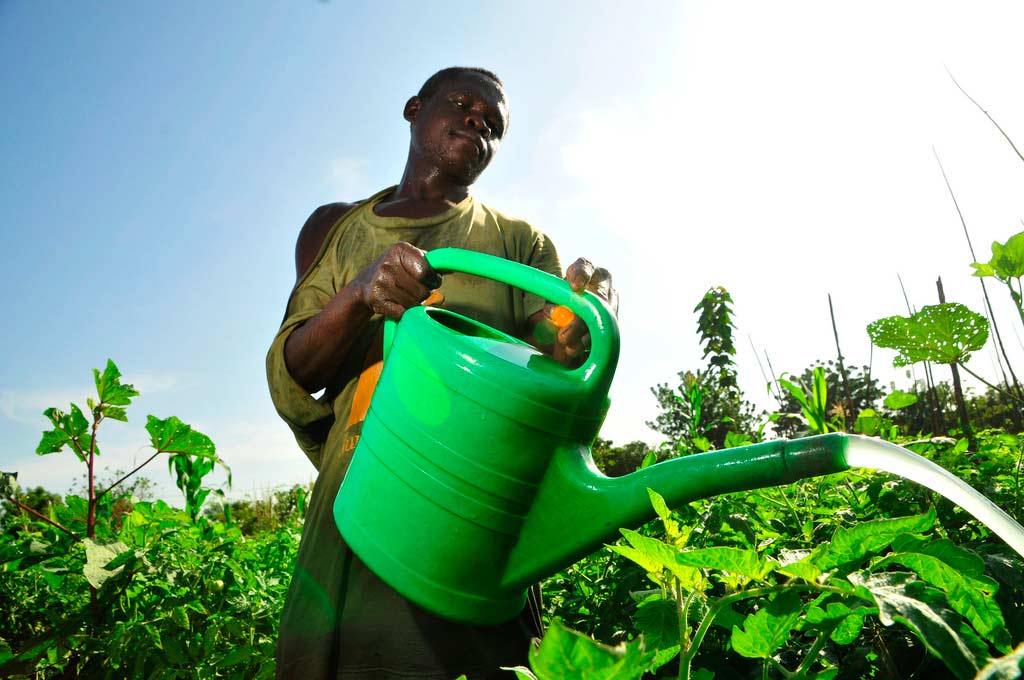 This year government’s budgeted expenditure on the agricultural sector is GH¢395.19million while for 2016 GH¢355.14million has been budgeted, indicating a 10.1 percent decrease.

With the economy estimated to grow at about 5.4 percent next year, the role of agriculture in the economy appears to be falling down the pecking order. Last year, the sector’s share of GDP stood at 21.5 percent, but that will decline to 19 percent this year.

The Ghana Statistical Service estimates that the sector will grow at an average of 3.3 percent between 2016-18, indicating that the sector’s future remains far from bright as services and industry look to narrow agriculture’s contribution to GDP.

From the 2016 budget statement, it emerged that government’s spending on the sector has been largely sporadic — as the Finance Minister Seth Terkper revealed that only GH¢91.54million out of the GH¢395.19million had been spent.

Out of the spent amount, GH¢82.57 million, representing 90.21 percent, was spent on poverty-focused expenditure such as the Fertiliser Subsidy programme and the establishment of agricultural mechanisation service centres, among others, to boost agricultural production.

Even with the government fertiliser subsidy programme, many fertiliser suppliers have boycotted it — citing non-payment for fertiliser previously supplied.

Yara Ghana, the largest fertiliser supplier, was among the lead companies to announce that it is not going to be part of the subsidy programme, preferring to sell its products on the open market.

The fertiliser subsidy programme has since 2008 remained one of the key agricultural intervention programmes introduced by government through the Food and Agriculture Ministry and aimed at enhancing food production and security.

From 6.2 percent in 2009, performance of the sector has dropped to 0.04 percent this year — a situation government blames on negative growth in the crops sub-sector, despite other sub-sectors like livestock and fishing recording growth.

According to the Petroleum Revenue Management Act 815, the Annual Budget Funding Amount (ABFA) is supposed to be expended on four priority areas; such as agriculture modernisation, roads and infrastructure, amortisation of loans, and capacity building.

In that same year the ABFA expenditure on capacity building, amortisation of loans, roads and other infrastructure, accounted for GH¢136million, GH¢390million and GH¢451million respectively.

The United Nations Sustainable Development Goal 2 is to “End hunger, achieve food security and improved nutrition and promote sustainable agriculture” — but some experts believe government’s approach to agriculture does not depict enough commitment to this goal.