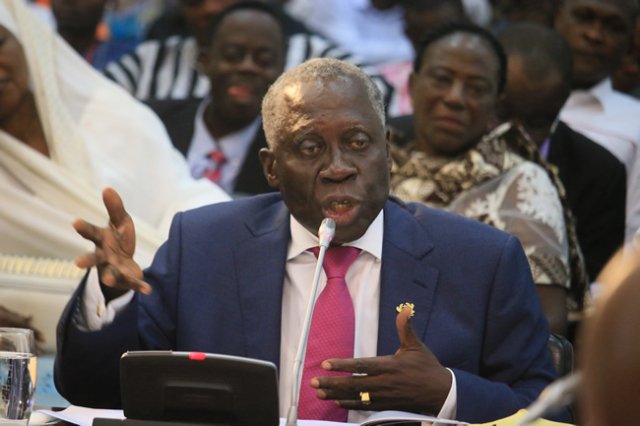 The government is set to take a crucial decision on whether it will extend the three-year Extended Credit Facility (ECF) with the International Monetary Fund next month.

A team from the Fund is already in town to review data on the economy, with the aim of using the findings to reach a conclusion on the direction Ghana should take on the facility.

Senior Minister, Yaw Osafo-Marfo, said the Fund’s conclusion after the routine review will guide discussions on the programme.

“I do not think the government intends to extend the programme but we want to hear from the Fund,” the Graphic Business newspaper has quoted him as saying.

He said the government would have to be convinced by the IMF team to extend the deal before that decision will be taken.

Ghana entered into a three-year program with the IMF on April 2015 for a total amount 918 million US dollars which was expected to be disbursed in eight equal tranches.

The programme aims to restore debt sustainability and macroeconomic stability in the country to foster a return to high growth and job creation while protecting social spending.

There have been previous assertions that the IMF would insist on the conditions and extend the duration of the programme for the Nana Akufo-Addo government.

Mr Osafo-Marfo  said Ghanaians needed to be mindful that the IMF programmes are target-based and a decision to extend would be influenced by the country’s scoreboard on those targets.