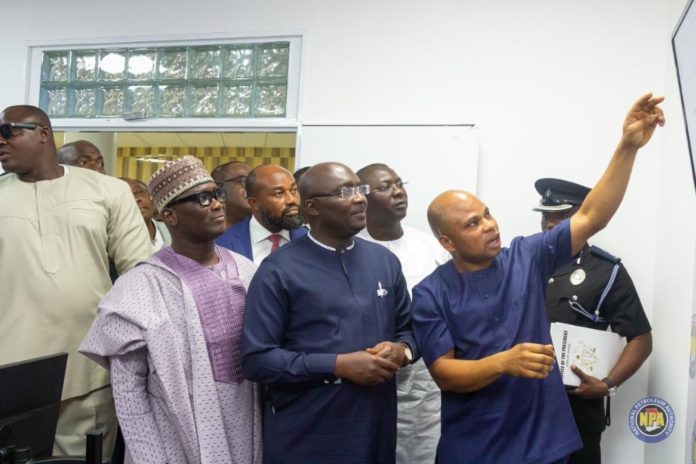 The National Petroleum Authority (NPA) in its ultimate bid to tackle illegal petroleum products diversion and illegal bunkering, yesterday unveiled an electronic cargo tracking system and a national command centre which will serve as a last ditch effort to curb the problem. This means that the fate of about US$200 million in public funds, currently being lost to illegal fuel diversion annually, is riding on the success of the new initiative.

The introduction of the device, according to government will ensure drastic reduction in the activity, but worries remain as previous efforts to curb the menace have, at best only been partially successful, leaving many industry analysts to conclude that the problem is an intractable one.

Conversely though, the NPA has explained that the introduction of the Bulk Road Vehicle (BRV) and cargo tracking system is a demonstration of the Authority’s commitment to improving standards and controls in the distribution of petroleum products in the country.

NPA’s CEO, Mr Alhassan Tampuli, has expressed worry that about 98 percent of the volume of petroleum products moved within the country are done using BRVs.

This mode of transportation, Mr. Tampuli noted, is however associated with many challenges including transit product shortages and false haulage claims.

This he said, had previously led to the introduction of a BRV tracking system in 2014 by the NPA in order to have visibility on the movement of BRVs, their location and where petroleum products are loaded. But this analogue driven initiative failed to deliver the needed results.

Hence, the introduction of the electronic cargo tracking system (ECTS), using digital technology, and the Command Centre at the NPA, according to Tampuli, is to further tighten accurate monitoring and control over movement and other activities all along the supply chain; and also provide a platform for planned control measures to be deployed at the retail outlets to ensure effective tax mobilization.

The other key initiative billed to be introduced by the NPA this year, is the deployment of automatic tank gauging and stock management and monitoring systems at retail outlets throughout the country.

This system is expected to give both the NPA and the Ghana Revenue Authority a real time view of petroleum stocks at all retail outlets.