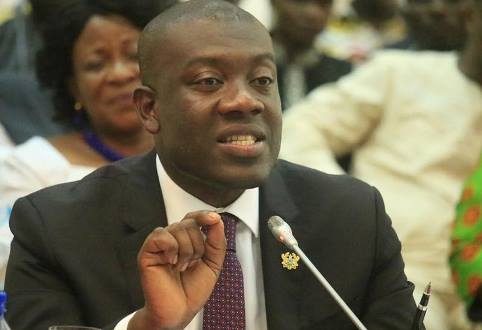 Government has defended the US$ 2 billion infrastructure agreement it entered into with Sinohydro Corporation Limited for the construction of priority projects.

The government also insisted that the arrangement was a barter facility and not a loan as the public were made to believe.

The Minority in Parliament opposed the US$ 2 billion infrastructure arrangement in their view the facility is a loan and until government declared it as such, they would not support it.

Mr Kojo Oppong Nkrumah, Deputy Minister for Information gave the justification at press conference in Accra where he threw more light on the agreement.

Under the agreement Sinohydro Corporation is expected to implement the various EPC contracts for Ghana and the government repays with refined bauxite (Alumina/Aluminium).

The objective of the facility is to improve infrastructure projects such as hospitals, bridges, interchanges, roads, affordable housing and fishing landing sites in line with government development agenda.

Mr Oppong Nkrumah also stated that the phase one of the project, which is US$ 500 million would be used to construct critical infrastructure especially roads across the country.

He said the phase two of the plan, which is US$1.5 billion goes beyond road projects and comprises of hospitals, bridges, affordable housing, rural electrification and fishing landing sites which cut across the length and breadth of the country.

He explained that one important thing about the current structure deal was that 30 percent of the work had to be reserved for local sub-contractors.

He explained that the projects that would be undertaken the facility would create jobs for the youth as well as open up the beneficiary centres of the economy.

Mr Anthony Abeifa Karbo, Deputy Minister of Roads and Highways in highlighting the various roads projects to be constructed stated that the barter arrangement was a new way financing projects where other African countries have gone and made great impact on their economy.