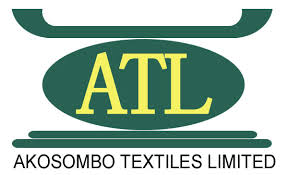 Trade and Industry Minister, Haruna Iddrisu has revealed government’s inability to aid Akosombo Textiles Limited (ATL), due to the absence of a legal framework to justify involvement.

The once prestigious textile company petitioned the Ghanaian government in December 2013 to intervene in their crisis since the imports of cheap textiles, coupled with high operational costs, had led them to the verge of collapse.

Despite the petition, the Minister disclosed that there was nothing government could do for them, adding that, there was no fund set up to specifically for private sector development hence, government’s hands were tied.

“They are in dire difficulty and it [ATL’s petition] has been on my desk since December [2013]. I have looked for answers to help ATL. I genuinely want to help. The closest to a private sector development fund is the Export Development and Agricultural Investment Fund (EDAIF). It is what I could use to bail them out, but the EDAIF Act prescribes support only to dealers in agro-processing and related areas.

“ATL is collapsing; it is employing Ghanaians, but there is nothing I can do. I am helpless. If there was a private sector development fund or some other fund that targets other categories of industry, then ATL could have salvation. Maybe it is time we considered a fund for the private sector that should look at building manufacturing capacity into the future,” the Trade and Industry Minister said.

Mr. Iddrisu hinted that government is however contemplating over setting up a private sector development fund to address challenges like those facing ATL. The concept, an industrial development fund, would be cast in the mould of the Ghana Infrastructure Fund as outlined in the 2014 budget statement.

“I don’t see how government could be announcing two funds in one budget statement. That would be burdensome, and the experience within Ghana is not to announce the fund but to assure fund of sustainable financing,” he said.

Problems at ATL have forced its management to cut down its staff from 1,600 to 1,250 — with more workers expected to be sent home if conditions do not improve. The company blames the smuggling of cheap textiles, which creates unfair competition within the industry, as being the major cause of the company’s woes.