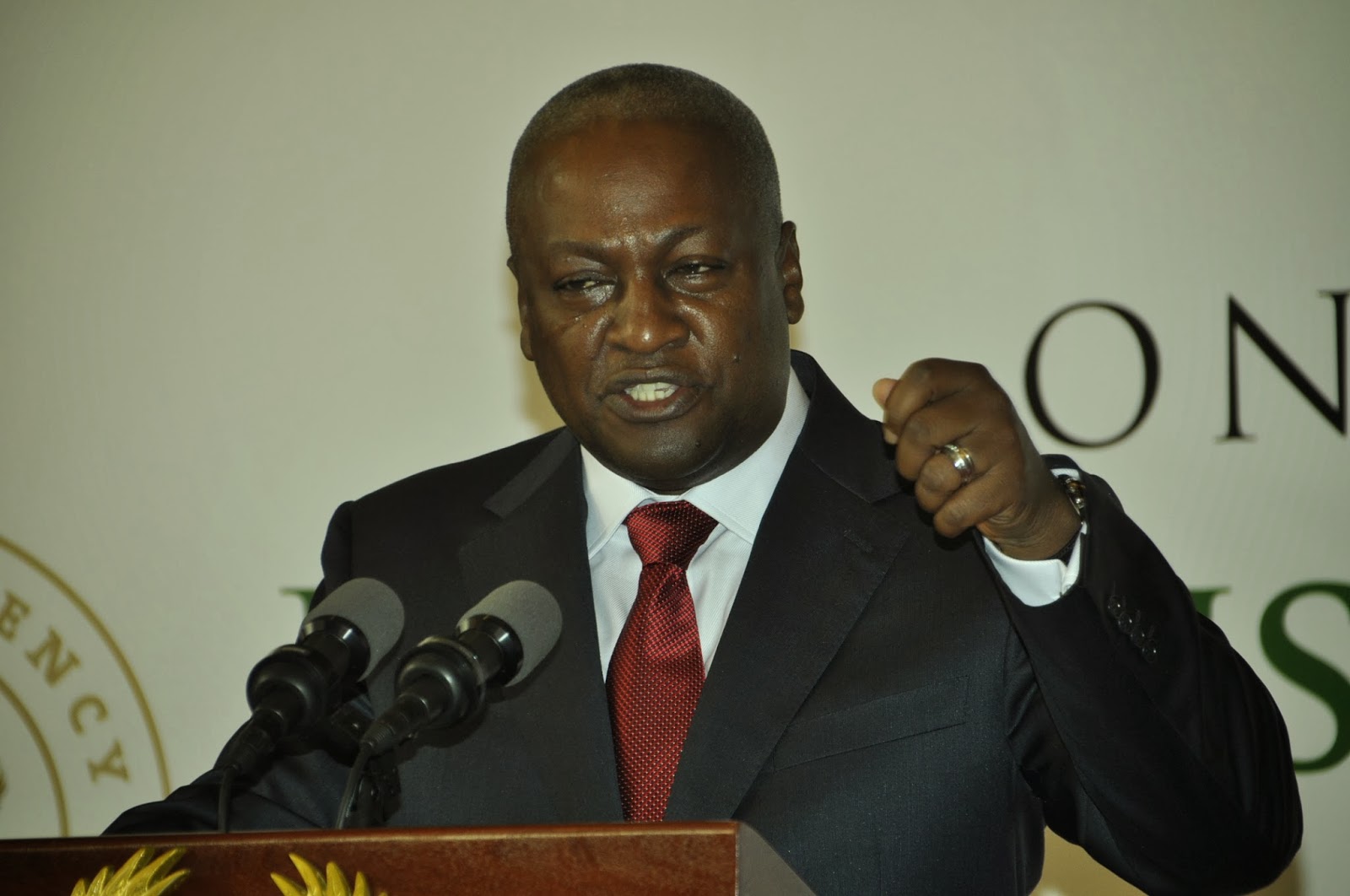 President John Dramani Mahama has disclosed that the economic transformation agenda of his government cannot be achieved within two years, stressing that, any actions with regard to IMF negotiations will go beyond the election cycle.

“The transformation agenda cannot be achieved in two years, and so any actions we’ll start with regard to negotiations with the IMF will go beyond the election cycle,” the President told The African Report recently in an interview.

President Mahama continued: “My eye is beyond 2016. Government is not looking for a short-term fix to the budget deficit. The IMF talks were about wider economic restructuring and reforming institutions, not simply a bailout.”

The economic transformation agenda initiated by the government was foremost to help improve and stabilise the Ghanaian economy by transforming it from one that is heavily dependent on imports, as well as the wholesale exportation of raw materials that do not fetch adequate revenue for the country.

Whatever Mahama thinks about the value of the IMF deal, senior officials in his party have their eyes overwhelmingly on the 2016 elections. The government of President Jerry John Rawlings axed tens of thousands of civil service jobs in the 1980s and 1990s when it secured a series of loans from the IMF and the World Bank.

There are now concerns about how that $1bn IMF cash would be used.  Ken Ofori-Atta, executive chairman of financial services company Databank and member of the opposition New Patriotic Party said he is worried about the signals a new IMF deal will send.

“When you see a bunch of students that are unable to discipline themselves, you do need a teacher in there. It’s a very sour pill to swallow,” he stated.

Although Mahama has been talking up economic transformation and local content, Mr. Ofori-Atta said the policy mix has to be changed.

“We need to come up with some tax reduction mechanism for industry so that we can boost it and create a special fund for industry. With the lack of re-investments and lack of enthusiasm, people are moving away from manufacturing.”

The first two years have been something of a roller-coaster for Mahama’s presidency.

“Following the Supreme Court ruling which confirmed Mahama’s 2014 election victory, those who support this administration had a renewed confidence in their party and the president,” says Ransford Gyampo, a research fellow at the Institute of Economic Affairs.

“But, generally, I think that their confidence level is dwindling because of the precarious economic circumstances,” he added.

“What makes these economic challenges worse is that there is also the prevalence of corruption, and Ghanaians are not seeing much being done to deal with the canker,” says Gyampo.

The benefits of economic transformation agenda

President Mahama told reporters at Chatham House in London that Ghana will continue with its economic transformation agenda to help improve on the socio economic development of the citizenry.

President Mahama indicated that Ghana intends to add significant value to its exports by processing the majority of raw materials produced in Ghana, and thus, build an industrial base in the country manufacturing products for which the country has a comparative advantage.

The move, he indicated would help to promote the export of these products to other countries as well as encourage in-country consumption and patronage of “Made in Ghana” goods.

“Presently, Ghana exports gold, cocoa, timber, minerals—and little else. These were our same primary exports at the time of independence. And, like most African nations, Ghana imports almost everything our population consumes, from televisions to toothpicks. We even import goods and products that we are more than capable of producing locally, like rice, sugar, wheat, poultry and flour,” he stated.

He explained that in order to give real meaning and sustainability to the desire for change in the economic prospects of Ghana, “we initiated various measures and strategies, understanding that the more revenue we are able to recycle in our economy, the faster we will be able to realize our development goals, the stronger and more equal our global partnerships will be, and the more effectively we can attain self-sufficiency as a full-fledged middle-income nation”.

The President said government has started providing support to various sectors to help them improve their facilities and expand output to curb imports, reduce foreign exchange demands, create new employment opportunities, and contribute to the realignment of the economy.

As of October 2014, a total of $19million has been approved for granting to three pharmaceutical manufacturing companies, with another GHC28.9 million request pending before the Board of the Export Trade, Agricultural and Industrial Development Fund (EDAIF), President Mahama announced.

He also mentioned that beneficiaries of this facility are building new factories and expanding existing factories to meet WHO Good Manufacturing Practice (GMP) standards, while another of the beneficiaries will be completing its production facility for anti-retroviral drugs.

President Mahama stated that government has also launched a broiler project under which it intends to foster the capacity of poultry farms needed to reach the production amounts necessary to meet the requirements of the Ghanaian public and thereby reduce the importation of poultry.

According to the President, $15million has already been granted to support a number of individual poultry farmers, as well as the Ghana Poultry Farmers Association. Various agricultural and agro-processing companies have also received a total of about $3.2million.