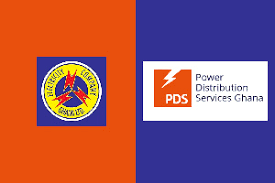 Information reaching us is that government has finally terminated the Power Distribution Services’ concession agreement with the Electricity Company of Ghana, ECG.

The termination, according to sources, is on the insistence of the Ghana government, against the position  of the US government which was insisting that the PDS concession should remain in order to save the $498 million compact with the Millennium Challenge Account.

The concession agreement was suspended on July 30, 2019 by government due to what it called “fundamental and material breaches”.

The Millennium Challenge Corporation (MCC) was unhappy with the suspension, insisting the government of Ghana acted too hastily.

However, sources is reliably informed that the President insisted that his priority is to protect the critical national asset, the national electricity distribution entity.

According to government, PDS failed to provide demand guarantees for such an agreement, and what was provided turned out to be fake.

A full-scale investigation was therefore launched into the deal with ECG returning to operations.