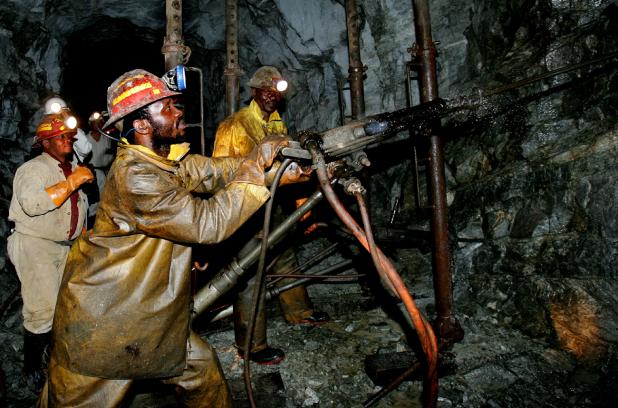 The government has introduced the community mining concept to assist persons who previously mined illegally, to do so legitimately.

At a press briefing Sunday, the Information Minister, Kojo Oppong Nkrumah said about 4500 miners have so far been trained while some 3500 have already been accredited.

“For those who want to remain in mining but do it legally, the government has introduced the community mining concept through which former illegal small scale miners are properly registered, trained, given concessions to jointly work on and properly tracked to ensure they mine responsibly,” he revealed.

President Nana Addo Dankwa Akufo-Addo’s administration boldly took on the fight against illegal small scale mining in 2017 to curb its negative impact on human lives and the environment, the minister said to give a background to the current arrangement.

Mr Nkrumah added that the ban which lasted about two years has been supported by the Police and Military-led operation Vanguard and has successfully arrested the hitherto fast deteriorating situation in small scale mining.

The government has also provided alternative livelihood for persons who once mined illegally but are no longer desirous of pursuing their old trade.

Kojo Oppong Nkrumah, said the alternative programmes seek to train them to work in other economic sectors such as oil palm farming with 3 million seedlings distributed in Ashanti Eastern and Western region so far.

He further revealed that “others being trained by local government ministry are in the areas of Tailoring & dressmaking, welding and metal fabrications, plumbing & carpentry. Females are being trained in dressmaking and hairdressing. 6000 farmers in the last two years.”

Ghana’s banking industry, a year after the reforms webmanager January 20, 2020
Close
Business World Ghana
Proudly powered by WordPress Theme: Magad.
We use cookies for functional and analytic purposes to ensure that we give you the best experience on our website. By using this website, we assume that you give your consent to this policy.Ok