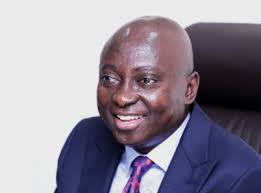 Government has ditched the idea of establishing a Housing Bank which was aimed at reducing the high cost of mortgage in the country.
Works and Housing Minister, Samuel Atta Akyea who disclosed this to Citi Business News however says the new plan is to allow the existing banks access to relatively cheaper funds to offer mortgages at affordable rates.

The Minister also explains that per the new plan, the government will make available, pension funds to existing banks who will subsequently offer mortgages to prospective home owners at competitive rates.

He made the disclosure on the sidelines of the launch of a new African Construction Trends report by Deloitte.
“We spoke about a possibility of having a bank for Housing and Construction but on hindsight we are of the humble view that every money that we get from the pension fund, we better give it to the already established banks by way of competitive bidding and then they could charge their administrative fees,” he stated.

Mr. Atta Akyea, upon assuming office, mentioned among others, the need to create a Housing and Construction bank to address the needs of prospective home owners.
This means that the bank would have offered rates which will be relatively lower compared to what the other commercial banks would be offering.

The move also follows the continuous rise in the housing deficit in Ghana estimated at 1.7 million units.
The figure, according to some experts, could escalate to 2 million by 2019.

Mr. Atta Akyea also believes the new model is effective as it will save the country the burden of the heavy capital investment in establishing a fully-fledged bank.

“We agreed on this because of the huge capital outlay in trying to get a bank. So they will just have a desk purposely for mortgages arrangements and that could be done also and it is cheaper,” he added.

The African Construction Trends report, highlights current shortfalls in executing construction projects and suggests how they could be addressed to get projects executed on budget and on time.