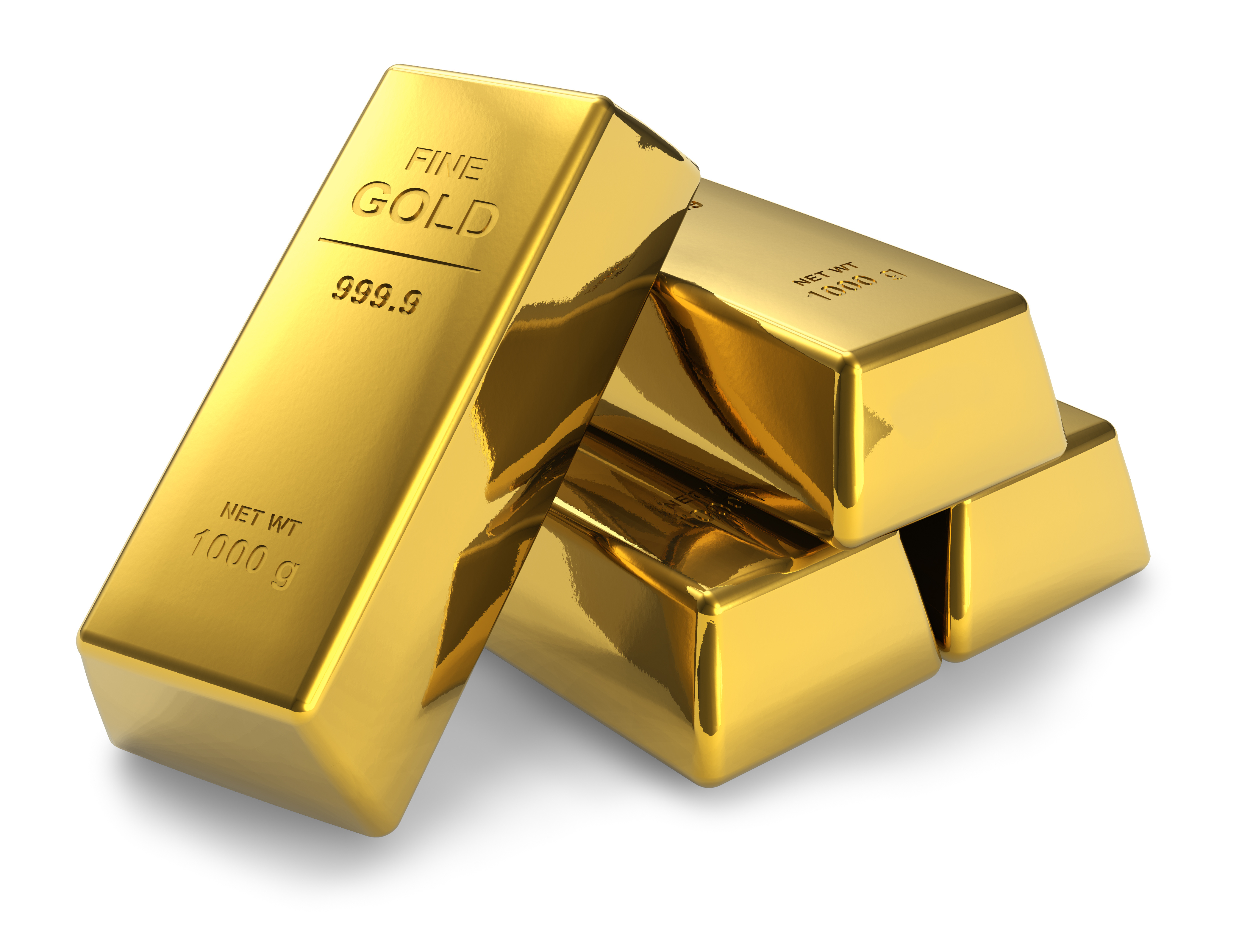 Homepage » Market » Gold is heading towards a four-year high

Gold could hit levels last seen in 2013 if the dollar extends its slide and equity markets reverse.

Bullion at $1,400 an ounce is “achievable” in the next two months, Stephen Innes, head of trading for Asia Pacific at brokerage Oanda Corp., said in an interview Thursday. The Bloomberg Dollar Spot Index plunged to the lowest since 2014 after Treasury Secretary Steven Mnuchin endorsed the currency’s drop at the World Economic Forum in Davos.

And while global equity markets have repeatedly hit all-time highs in recent weeks, gold is also on the march, rising to as much as $1,366.15 an ounce on Thursday, its best mark since August 2016, before paring gains.

Gold has climbed 10 percent since the middle of December as the dollar slumped and investors sought protection from a potential tumble in share markets and a resurgence of inflation. Holdings of bullion in exchange-traded funds have grown to the largest since 2013, while money managers have more than doubled their net bullish bets on Comex since the middle of last month. 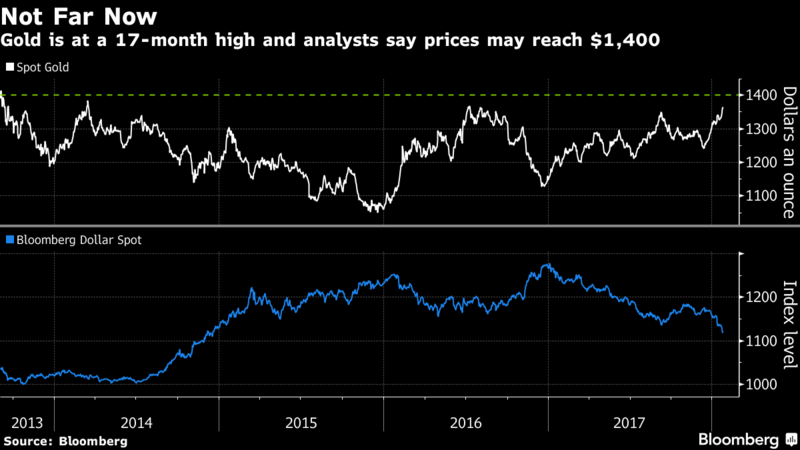 “We see a host of ongoing financial market drivers keeping the gold market tight,” Australia & New Zealand Banking Group Ltd. analysts including Daniel Hynes said in a report Thursday. “Further weakness in the dollar and rising risks of a correction in equity markets, in particular, should be supportive.”

The dollar’s decline has come amid expectations that other central banks, notably the European Central Bank and the Bank of Japan, are moving closer to cutting monetary stimulus. In Davos, Mnuchin said “a weaker dollar is good” for U.S. trade, while Commerce Secretary Wilbur Ross said the U.S. would fight harder to protect its exporters. With the dollar “prone and defenseless,” these comments added “fuel to the fire,” said Singapore-based Innes.

With these signals from the U.S. government and other central banks, “we’re getting into a structurally weak dollar, and on a macro level, we could be moving into a cyclical bear market beyond 2018,” Innes said. “All I can possibly see right now, given this overriding weaker dollar narrative, is for gold to go higher in the short term.”

ANZ sees prices holding at current levels in the first half, before pushing toward $1,400 by the end of 2018. A cap on the dollar in 2018 would be useful to U.S. trade and managing the country’s escalating debt burden, said Gavin Wendt, senior resource analyst at MineLife Pty, who also sees gold hitting $1,400 this year.