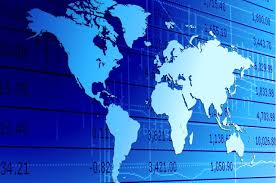 The growth of the global economy is expected to slow to 2.9 percent in 2019 compared with 3 percent in 2018, the World Bank said on Tuesday, citing elevated trade tensions and international trade moderation.

“At the beginning of 2018 the global economy was firing on all cylinders, but it lost speed during the year and the ride could get even bumpier in the year ahead,” World Bank Chief Executive Officer Kristalina Georgieva said in the semi-annual Global Economic Prospects report.

The World Bank outlook comes as the United States and China have been engaged in a bitter trade dispute, which has jolted financial markets across the world for months. The two economies have imposed tit-for-tat duties on each other’s goods, although there were signs of progress on Tuesday as the two countries prepared to enter a third day of talks in Beijing.

Regional growth is expected to accelerate to 3.4 percent in 2019, predicated on diminished policy uncertainty and improved investment in large economies together with continued robust growth in non-resource intensive countries.

Growth in Nigeria is expected to rise to 2.2 percent in 2019, assuming that oil production will recover and a slow improvement in private demand will constrain growth in the non-oil industrial sector.

Angola is forecast to grow 2.9 percent in 2019 as the oil sector recovers as new oil fields come on stream and as reforms bolster the business environment.

South Africa is projected to accelerate modestly to a 1.3 percent pace, amid constraints on domestic demand and limited government spending.