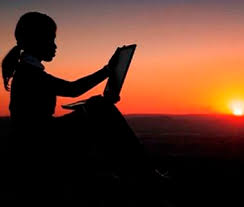 The Ghana Investment Fund for Electronic Communications (GIFEC) has embarked on a massive drive to extend Information and Communication Technology (ICT) projects to rural communities. GIFEC is using its Smart Communities Project to bridge the internet gap between peri-urban and urban areas to position Ghana as an IT-driven country. The Smart Communities project, which is being piloted in Brong Ahafo and the Western regions, is providing Wi-Fi in public establishments such as schools, hospitals, banks, police stations and market places among others. Four communities are to benefit from the Smart Community initiative – Asumura, Berekum, Goaso and Asankragua in the Brong Ahafo and Western regions respectively. The Minister of Communications, Ursula Owusu-Ekuful, having toured the project site at Asumura in the Brong Ahafo region on Monday, February 5, 2018, was optimistic that linking more rural areas to the internet under the Smart Communities Project will accelerate development and transform the economy. Mrs Owusu-Ekuful said as the Akufo-Addo-led government formalises the economy it will be much easier to start paying farmers and other sectors of the economy electronically, adding the Smart Community Project is an attestation that “E-commerce can strive in rural areas.”

Mrs Owusu-Ekuful, who doubles as the MP for Ablekuma West, hailed GIFEC for the project since it “will facilitate E-governance because all the district agencies will be given access to internet and deal seamlessly with one another in terms of provision of services and sending and receiving feedback.” The Communication Minister was optimistic the country stands to benefit immensely from the project because it will also help reduce corruption at the public sector. She noted that information and technology are pre-requites in development hence bringing them to the doorsteps of the deprived is a laudable initiative hence the need to support GIFEC Secretariat to spread the project to other communities. She appealed to the beneficiary communities to maintain the facilities to extend their lifespan. For her part, the Danish Ambassador to Ghana, Tove Degnbol, promised that as partners in development, her country will continue to support the digitalisation process of government to boost the various sectors of the economy. The CEO of GIFEC Mr. A. Kofi Asante remarked that the project will provide internet access to district agencies as part of moves to make E-governance feasible. He commended the project partners for their support and promised their resources and expertise will be put to good use.

The Smart Communities Project is being spearheaded by GIFEC with support from Bluetown Company Limited, United Nations Capital Development Fund, National Board for Small Scale Industries and Zeepay Developers. GIFEC is using the project to integrate Information and Communication Technologies (ICT) into all facets of societal development as part of efforts to bridge the internet gap between the served and underserved communities. As part of the Smart Community Programme, Hotspots will be created at notable public spaces, computers and accessories will be provided to schools while specific local content for digital financial inclusion, e-governance, e-security, e-learning services will be catered for. Ultimately, the project is also aimed at creating jobs, especially within the Zongos and cocoa areas of the beneficiary communities. A total of 200 digital kiosks will be established across beneficiary communities and will be manned by 200 trained sales agents.

The Smart Community Project is one of the initiatives of government to achieve the Sustainable Development Goals, the ICT for Accelerated Development policy of Ghana, and the International Telecommunications Union targets. It revolves around five main interventions namely the Digital for Inclusion project, Broadband connectivity, Local Cloud services, Cocoa Areas connectivity project and the Zongos (Inner City) Connectivity.